So Derby have lost for the first time this season. Inevitable that we're going to have some tough games but 1-0 is hardly a thrashing against a side that have spent 40 million on players in the last month compared to Derby who've spent probably under ten million. Anyway it's early days, whatever will be, will be. Come on u Rams! 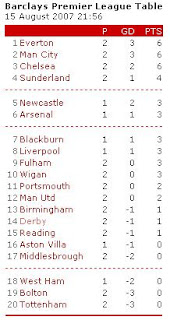