Monday 24th July 2017
Very tired but up early. Into office early, the usual.  Did a bit of bugger all when got home as was tired.  Watched Saxon at Wakken 2014 - hilarious stuff on all levels but especially as a curtain dropped half way through and the whole drum kit changed - funny as.

Tuesday 25th July 2017
Up early. Dog walked papers fetched.  Busy in t'office.  Got home mowed everything, had tea, mowed a bit more.     Rang a band up in Stoke that's looking for a drummer - might be a bit too far though.

Wednesday 26th July 2017
The usual.  Went to lotty after work got spuds, peas, runner beans and rapsbobs. Bed a bit late after watching a couple of episodes of Braquo.

Sunday 30th July 2017
Did a bit down the lotty.  Good stuff brought home, Rhubard, spuds, peas, runner beans, french beans, beetroot and raspberries.   Good haul.  Over to me mum and dad's for tea, then left early for an audition in Stoke - had problems with A50 in both directions so don't think I'll pursue it beyond that. 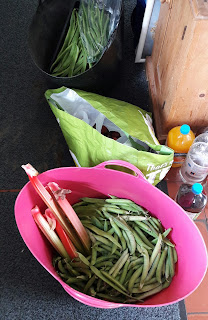 Monday 17th July 2017
As a consequence of going to bed early doors I was down at the lotty well before 5 after getting up before 4:30am!  Never mind.  Did some watering, got some peas.
Then me and la pooch went to get the papers.  Did my good deed for the day by picking up a load of litter some lazy dumbass had dropped on the floor thirty paces from the litter bin  - lazy tosser. 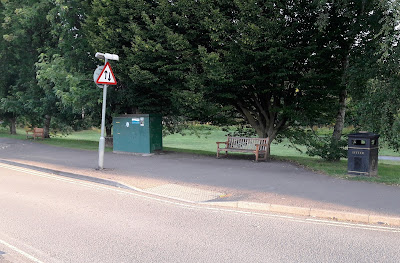 Never mind, into the office for 7:30am things ticking over nicely.  Back home about 5pm after dropping some stuff off at Heanor for work.   Did a load of tidying up from the patio mullarky as well as faffing about in the greenhouse - moving one tomato plant outside to make a bit of space - probably could do with moving another one out as well - not sure just yet.   Loads of watering done and when Lucy got back watched a bit of Game of Thrones.

Tuesday 18th July 2017
Up at 4.30 again did a bit at the lotty - got broad beans, runner beans and peas, pumpkins coming on nicely.


Papers fetched and into the office for a bit after 7.30.    Fetched missus new car.   She's happy at least.


Friday 21st July 2017
The usual up early, dog walked, papers fetched.  In office early, out a bit late.   Back home for 5.30ish.  Phil's birthday BBQ bash had to go get a tarpaulin thing to cover the BBQ, massive gazebo borrowed in order to keep the damn rain out coz by crikey it did just rain.   All went well though and no-one got food poisoning which is always a plus!

Saturday 22nd July 2017
Not much done.  Did a bit at lotty.   Walked dogs, did a bit in greenhouse and round the garden  Played nine holes at Ashbourne with Doug, was rather knackered from Friday night so we didn't go for the full 18.


Sunday 23rd July 2017
Not much to report.  A bit more down the lotty. Got loads of runner beans, broad beans, peas and raspberries. 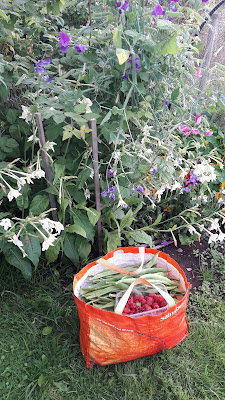 All good stuff.  Went golfing with Andy Bill at 3:15pm at the Manor near Uttoxeter.  £12.50 twilight fee and really enjoyed it. Varied course in the middle of nowhere although I found almost every bunker on the course at some point and an unexpected ditch at the back of the 18th.   Hit a few decent drives and made a few  pars so not all bad. 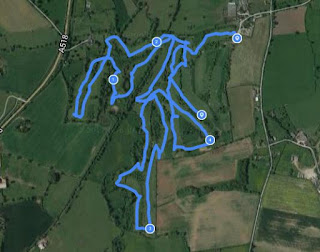 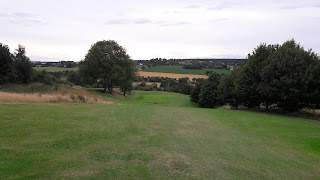 Got home a bit after 8pm after ensuring that I didn't know the result for the golf so I could watch the highlights as if they were speeded up live, as suspected Jordan Spieth won but fair play to him he didn't half just drain some putts.

Monday 10th July 2017
Up at 5:00, lotty watered, dog walked papers fetched and then into the office.   Busy day with a new computer causing me all sorts of issues.  Never mind.  Back home a bit after 5pm.  Tidied up the missus' motor.  Broke up a big wooden crate thing for firewood for weekend.   Had another look for Phil's pointing gun - God alone knows where that's disappeared to.  Will have to buy a new one.

Tuesday 11th July 2017
Lie in until nearly 5:30!   Dog walked papers fetched no watering of lotty as it rained a bit last night and rain given for today and it was most definitely precipitating when I set off for work! Got a new pointing gun bought £30 but it's apparently a good one.

Wednesday 12th July 2017
Up at 5:30am (what's happening) dog walked, papers fetched, no need to water as had rained in t'night.   Busy day at the office then when Phil finally got home we got some pointing of the pavers done.   Going to take some time though we might be a third of the way through. Bed at 12:30.

Thursday 13th July 2017
Our little girl's birthday, bless her.   Up at 5:30, dog walked, papers fetched, little bit late getting into the office just before 8am but can't be helped.

Friday 14th July 2017
First thing took la pooch out and fetched papers.   Then slowed down as had doctor's appointment for blood test at 8.20.  So got into work a bit late and got out of work a bit late as a consequence.   Such is life then over to Derby to look at a car and spend a load of ruddy money.

Saturday 15th July 2017
Up early as usual, dog walked papers fetched,  did a bit a the lotty.  Went golfing for first time in ages.  Entered a competition, got a two on the sixth, however the pro told us it was a stableford so we marked as a stableford when we got back to enter into the computer we found out it was a ruddy medal. Marvellous. 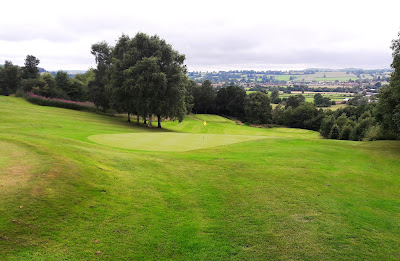 Lucy's BBQ after so managed to burn me fingers doing that.  Good fun though then managed to fall asleep and get in trouble for not having helped tidy up or take dog out - was knackered though.

Sunday 16th July 2017
Up early, the usual without papers.  Soon as Phil was ready we got busy on the patio finishing off the jointing.  By 3:30 it was done and not quite dusted!  Got some cleaning to do but at least it's about there.   No more cement or mortar or heavy machinery required!  Went to bed early again about 8:30/9:00ish.   Not watched any telly all weekend. 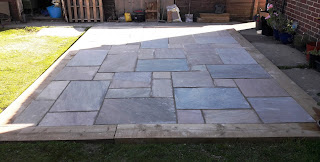 Monday 3rd July 2017
Up early. dog walked, into office early doors.  Home about 5:30pm after getting a bird box thing from Aldi that Phil wants for a birthday present.   Little dog is liking the patio. 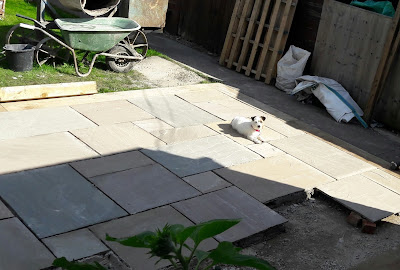 Tuesday 4th July 2017
Up at 5.15, took pooch to lotty and watered - think it might bloomin well rain though.  Papers fetched, into office for 7.30am all on rails so far.   Home for about 5pm after a busy day - it didn't really rain.  Went to lotty after tea - did a few jobs put nets over brassicas (long overdue) - mowed all over the shop.  Chopped down some nettles from the abandoned plot next to number 7.   All good stuff, watched a load of Braquo  before going to bed a bit late!

Wednesday 5th July 2017
Up early.  Down lotty to water - forecast said showers but sky is clear as it gets so won't harm to water.   Papers fetched and into office before 7.30am, first car in car park.  Good good.


Thursday 6th July 2017
Up early.  Dog walked, papers fetched, into the office for 7:30.   Busy day ended in Chesterfield at 5 o'clock having delivered something to Bolsover District Council.   Dropped in on mum and dad on way home. Got home had tea about 6.30pm, 7pm sorting a computer out for a friend.   Back home finishing off patio (well assisting the right honourable wee Phil Siddall).   It's all laid not just wants the joints pointing and she be done.

Saturday 8th July 2017
Up at 7:30 after watching too much Braquo.  Watered lotty, dog walked, papers fetched.  Tidying up lawn etc after recent construction activity. All good stuff. Got some lawn seed and stuff to see if we can fix the patches where stuff has been standing.   Camping in the evening at Beresford Dale, lovely walk abd BBQ with friends.   Bed about 1:30.