Monday 18th September 2017
Busy day in the office and then an audition at 9pm.  Straight after tea was writing up crib sheets, short walk with the dog, more crib sheets.  Set off for Burton in pouring rain at 8.30, got there a little bit after 9pm after overshooting the rehearsal studio.  Got in, got set up, did me half a dozen numbers and got through em - another chap coming in at 10pm so will have to await the results with interest.

Tuesday 19th September 2017
Couldn't sleep after audition so watched the conclusion of Strike: The Silkworm on the telly box - quite enjoyed it there is a really good interaction between the two main characters.  It's good.  Got to be at 12:30 and then up at 5:30.  Dog walked, papers fetched into office for 7.30.  All good stuff.  Another day in paradise then got home, tea, dog walk, fixing nephews computer for most of the night.  Problem is it ain't got no space on it. Fixed little dog's window with a bit of epoxy resin which wanted doing but have got a lot of little jobs that want doing.   Watched W1A which was very good and Robson Green on that Anglesey.  Also good. 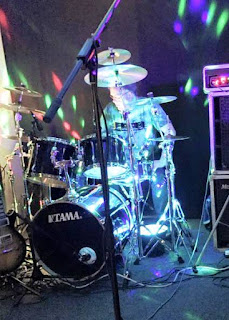 Parish Council meeting after work which went on a bit but got done in the end.

Thursday 21st September 2017
Autumn Solstice - where is the year going.  Up early dog walked, bit of bad news at work got me in trouble - bothered? Nah, nowt  I can do about it.  Parish and Town Council Liaison at County Offices in Matlock after work a bit late getting off but didn't miss anything - wasn't as dull as it sounded in all fairness although I was one of the younger ones present it must be said!!  Watched Safe House on ITV - it's got the haunted house at Trearddur Bay on it you know.

Friday 22nd September 2017
Thank the Lord it's Friday is all I'm going to say.

Saturday 23rd September 2017
Up early doors.  Dog walked.  Golf day at Brailsford.  Played okay - 11 for front after three five puts and two ditches, 20 for the back nine after driving like a star and making the odd putt.  Then work kicked off so didn't get to the gate.

Sunday 24th September 2017
Up to Alstonefield Car boot, bought some bits including a seat for £3.   Back home painted 10 fence panels so ticked a bit more of that off

Monday 11th September 2017
Back to work.  It's CycletoWork day on Wednesday so sent a reminder out about that one.  The forecast is for gales Wednesday morning so that should make it interesting but given recent accuracy of weather forecasts I might just take that with a pinch of salt.    Home for about 5.10pm so that was good.  Got kayaks fastened down a bit more solidly and also put a load of camping stuff up into the attic out of the way.  There must be some more bits and pieces to put away somewhere though I'm sure of that.

Tuesday 12th September 2017
Getting up earlier and earlier it would seem. Most odd.  Dog walked and papers fetched, brought some stuff to work ready for Cycle2Work day tomorrow.   Forgot a few things but that happens.  Got home a bit early as had to take dog to vets.  She put one of those drops on her and charged £28 for the privilege. Such is life I suppose.   Dropped missus off at home and went to pick Lucy up from School.  Had tea then got bikes sorted - pumped up tyres on the Boardman Urban Mountain Bike and the  Giant FCR1 - decided on the FCR1 - cracking bike.  Went out for a spin and realised how out of shape I am!   Dog walk and then watched Upstart Crow which doth try too had in my opinion.

Wednesday 13th September 2017 - Cycle2Work Day
Bottled it a bit - had discussions with the missus about cycling in 50mph winds and the decision was to go from Ligentia instead - so 2 miles instead of 20 miles.     That said I've done about five miles more on the bike than I have for the rest of the year - need to be getting back into it really I do like whizzing about on the bike.   Anyway, up at 5.15.  Dog walked in howling wind and paper fetched by 5.55am.  On way to work by 6.05 and showered and at my desk by 7am.  Not bad going in my view.


Thursday  14th September 2017
Not a great deal happened although did tune up the 13" tom and it sounded grand in the evening for something to do.  Messed about for ages with a crap drumhead on it so bought an Evans G2 put it on and within seconds it's sounding right - warm with a cracking musical resonance - lesson learned. 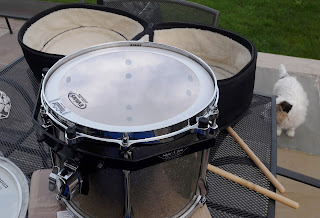 Friday 15th September 2017
Can't remember much else other than it being a really busy day at work and I was glad when it was done!

Saturday 16th September 2017
Emily and Nick's Wedding Day so everything focussed on that.  Really enjoyable day but was flagging by 9:30pm.

Think Lucy (and bosskat, of course) looks radiant in the second picture and you can sort of see what Adam Duritz means when he says "To see the way that light attaches to a girl"  !!

Sunday 17th September 2017
From Wedding to Weeding just by swapping a day and a letter!  Down at the lotty from Early, took 14 bags of rubbish to the tip, brought home courgettes, raspbobs, beetroot a big spud I'd missed and a couple of sweetcorns. 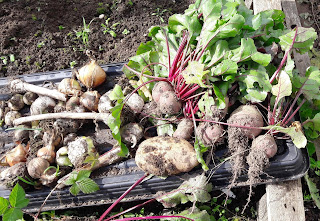 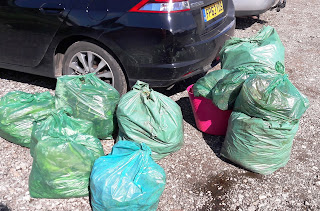 After putting a shift of sorts in down at the lotty (it was a Sunday after all, four hours is plenty) I went up to catch second half of Lucy's cup match at Osmaston.  They ran home 6-2 winners over Derby Rovers - great to see them win.  So pleased me and the pooch went up.

Day finished with a pub quiz at The Shoulder, Osmaston.   Cracking night we came third from bottom - result!!

Not much to report - was busy at work and did some good stuff at home including fixing an outdoor shelter for camping.   Also bought some ace stuff and some crap stuff from John Pye Auctions (bit disappointed but learnt from it).

Friday 8th September 2017
After Lucy packed off to School, me the missus and the Dog went to Wales.  The Met Office had predicted Heavy Showers all weekend so we booked into a hotel (Anchorage Hotel on Four Mile Bridge between Valley and Trearddur Bay). As it turned out the weather was far more benign with an occasional bit of drizzle until we set off for home on Sunday with Kayak on the roof!


Nice fish and chips at the hotel - can't knock the food.  Left dog in the room and she behaved, bless her.

Saturday 9th September 2017
Up early - dog walked first thing - breakfast about 7:30am - very nice.  Went to Penrhos retail park to get missus a hairbrush!!  Then down to Newborough Forest as I've always wanted to go - bosskat really liked it so that was good.   Cracking looking spot for fishing perhaps need a bike though! 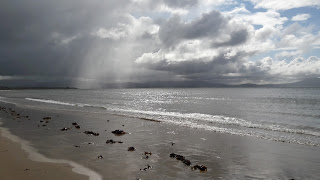 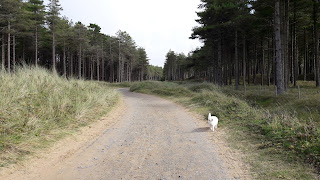 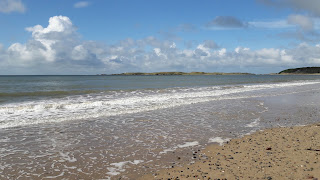 We spent a couple of happy hours walking at Newborough and checking out the fishing spots (no ulterior motives on my part I'll have you know) then back to the car and off to the next stop - Plas Newydd.  Plas Newydd is a stately home looked after by the national trust - normally it's about £12 to get in but it was an open doors even so entrance was free (I was emailed about this so though we'd better take advantage!).  It's a beautiful spot and the art inside is stunning (in my view).   Lovely place.


Back to Trearddur as the missus insisted I got some bait for fishing (which in the end I didn't use but hey ho!

Meal with Vic and Linda at 6pm - best burger I've ever had (don't tell the missus though).

Sunday 10th September 2017
Up early, dog walked, top breakfast again - was full all day pretty much!  Over to Church Bay - a bit grimmer today but got the yak loaded up ready for transit back to Ashbourne.