Monday 28th December 2015
Cripes, at the end of this week I'll be a year older and we'll be in 2016!!   Anyway, up early as always. Two big dog walks, watched a lot of test cricket,  Got nearly a dozen golf balls in two walks up the golf course - let poocher have a run round off the lead as well which was nice! 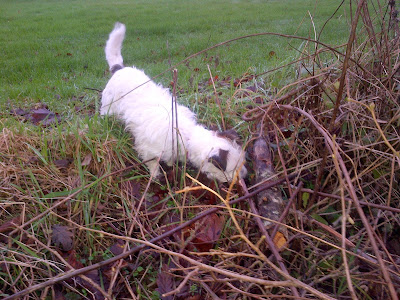 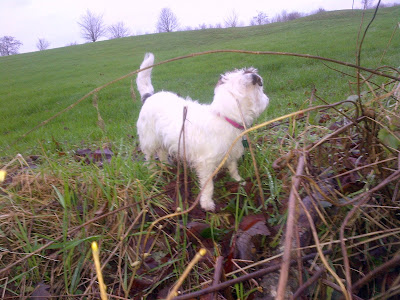 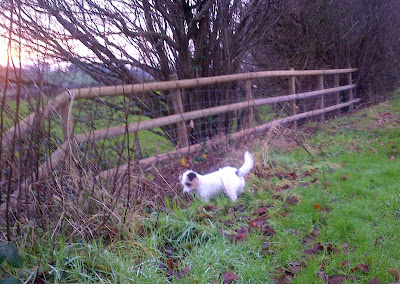 Tuesday 29th December 2015
Up really early - a funny night's sleep.  Into work before 8am.  Car playing up a bit so hopefully will get it swapped out today.   Not a bad day back at the grindstone,  home for a bit after 6pm.  Tea, quick dog walk then over to John's to do an internet job.  Took the boss of the world with me for a chinwag with Mo.  All good stuff. Bed not long after 10pm

Wednesday 30th December 2015
Up at 5.50, dog walked, papers fetched.   Into office before 8am - sent in a complaint to Radio4's today program about use of the word "Oftentimes" why on earth do you need an Americanism that is longer than an English word that does the same job i.e. "Often".  Bloody eejits. Got first part of  a project done and dusted - pleased it was done in time for January!   Home for 5:30.  Watched test match highlights, bed about 10pm

Friday 1st January 2016
Up earlyish considering everyone else stopped in bed a fair bit!   Another day of not much.  Just dog walks and the liks

Sunday 3rd January 2016
Up early.  Dog walked/.  Went to other side of Manchester to buy a load of drum cases for the new drums.  3 hours drive. Work tomorrow marvellous.

Monday 21st December 2015
Up early.  Dog walked, papers fetched.  Into office just after 8am.  Moved all the gear from old building to new building.  Any help, no, any thanks no.   Younger generation is all I can say.  Never mind.  Got reports done.  Did some more work on a new project.  Practice at 5pm.  On way to Havant at 6pm, drum kit collected and back on road to Derbyshire by 10:30pm.  In bed 2.15am.  Bloody mad. 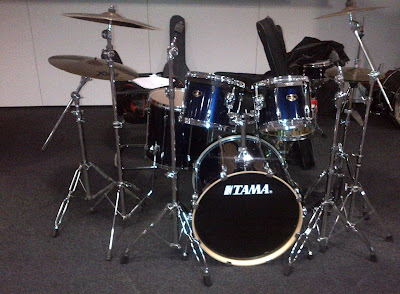 Another all but final rehearsal - coming together now.  Back home and last minute fancy dress making. 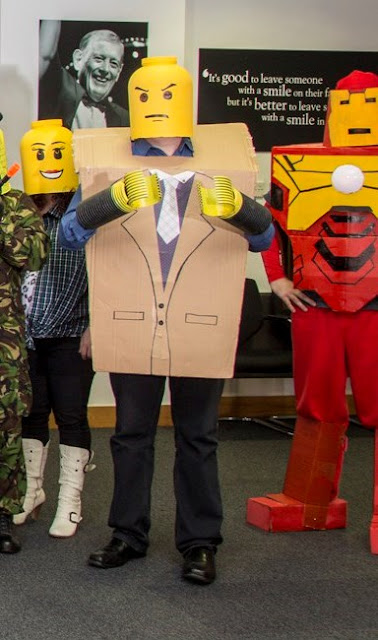 Got through the meal and banding began....   Jingle Bell Rock, Christmas Wrapping, Happy, Crazy little thing , I believe in a thing called love then an encore of Slade's Merry Xmas everybody.  Job done.  Home for a bit after 5pm.  Begin winding down.

Thursday 24th December 2015
Hell's teeth, how can it be Christmas Eve already???  Into the office for a bit after 7am.  A ton of reporting done then had to clear all band stuff out of way in the conference suite - god knows why but as I said to young Mr Hall sometimes the path of least resistance is just to do the bloody job.  Got home for 4pm, last minute shopping then up in the attic to get the the hot tray thing down for tomorrow's veg.  Then clearing the table, then wrapping presents.  Then waiting for Philps who was out celebrating and came back very late, rather drunk at 11.25pm.   Bed about 12.30 after watching the "Doomed, the story of Dad's Army TV" on catch-up.

Friday 25th December 2015
Up at 5.45.  Dog walked, Missus got stuff in the oven for Xmas.  Watched some tat on telly. Xmas Dinner with Ma and Pa and Pad  from up t'street.  All went well, everyone did eat and drink and make merry so good, that's done and dusted now.

Sunday 27th December 2015
Up early.  Dog walked, watched test match a bit.   Over to cousin Jonathan and Carey for a bit of a do.  All very good.  Got home, walked pooch went to bed!!

Tuesday 15th December 2015
Got up a 5.55am - ruddy lie-in.  Dog walked, papers fetched.  Into office before 8am.  Not too shabby.   Updated fantasy football team - have brought in Cabaye for Mata - if he doesn't do well I will bring Kante in from Leicester next week.  Have put the guy from Newcastle in as captain and made Lukaku Vice captain. Also brought De Gea in as they're playing Norwich whereas Arsenal have got Man City. 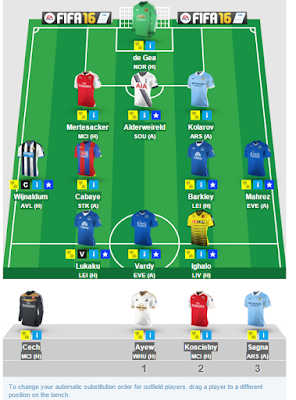 After work - a bit of a rehearsal, new bass player Chris - very good, a lot  of potential.   Banged through a song with new singer Emma, brought Jamie Fowkes in and he knocked his two songs off no problem.   Three songs absolutely bang on.  One very iffy, one needs a bit of work but will be okay.

Wednesday 16th December 2015
Up late again at 5:55am.   Dentists today, bloody hate going to dentists.  Never mind, got to be done.
Into office a bit after 8am.  durvived the Dentists but have an appointment for 2 fillings in January now.  Marvellous.  Watched a bit of "As good as it gets" with Lucy (it's a 15 she's a 15 so it's okay - no mega bad language no sauce in it either).   Stopped it before the bit where Jack Nicholson cocks it up in the restaurant near the end but will watch the end Thursday night.

Thursday 17th December 2015
Hell's teeth we're getting close to Xmas need to do some shopping soon and no mistake.  Anyroad, up at 5.45, dog walked and papers fetched by 6.25am and into the office before 8am - good job too as have got a ton on.

Friday 18th December 2015
More practicing, dog walking etc.  Went to Okeover Arms, Mappleton for a top meal on Friday before Xmas at short notice - you can't beat that can you.   Got a little bit drunk. Hee Hee

Sunday 20th December 2015
Up early.  Dog walked.  Missus off out at lunch time so took Phil and Lucy to the Cross very nice.  Drink or two in the afternoon as you do (Xmas or not).  Bid on a drum kit at the eleventh hour and got it for a song.  One slight problem - it's the other side of  Portsmouth.  Bugger.

Monday 7th December 2015
Up at the crack.  Dog walked - drizzly tat weather.  Papers fetched into office nice and early.  Practice at 5pm for an hour going well.  Back home for about 7:30 after driving around traffic due to a prang on A3 southbound.  Phil only just got back before me.  He's getting tractors stuck carting sludge at JCB apparently. 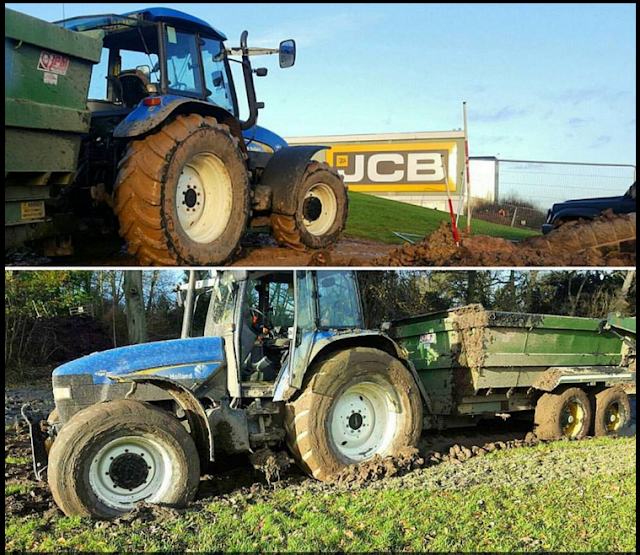 Watched a bit of trollied and last week's episode of After Hours - am in catchup mode right now.

Tuesday 8th December 2015
Up at the crack of dawn.  Dog walked, papers fetched.  Office before 8am   A lorra lorra work to do.  Home for about 6.30ish.  Tea. Dog walk.  Watched American Sniper on the Now TV movies box - deffo getting money's worth from it.   Almost forgot - new mattress arrived so old one gone in missus' car for recycling centre tomorrow and new one install - cracking night's sleep!  This week's FF team been updated: 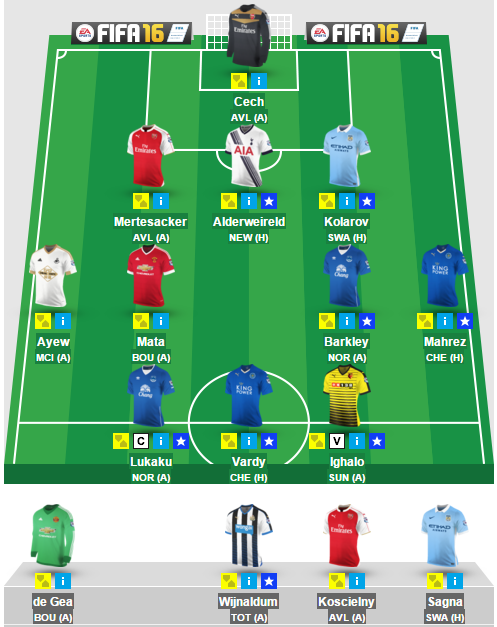 Have borught in Alderweireld for Coleman who hasn't been bringing enough points in.  Am currently sitting at 5th position in the Office league so am doing a triple captain on Lukaku this week as they're playing lowly Norwich - might be a mistake but with Leicester playing Chelsea you normally wouldn't expect him to put a whole load of goals in (watch me be proved wrong though).

Wednesday 9th December 2015
Phil broke his phone yesterday, dropped it like an eejit and now you can't control it, you also can't switch off the pigging alarm in it either which set off from about 5am.  Pain in the butt.   Anyway up at 5.40am, Car scraped, dog walked, papers fetched, into the office for about 7.50am.

Thursday 10th December 2015
Up early. Dog walked, papers fetched.  work nice and early. Meeting at 10am.  Finishing off reports. Left office a bit early as taking Missus to see Fish at Sheffield City Hall - cracking night.  Support band Lazuli had the best drum sound I've ever heard, ever.  Fish was great - came on and I felt he struggled with first song and it was going to be a disaster but ended up being an absolute triumph - loved it.

Friday 11th December 2015
Up at 5:45am after getting home at 11.45 - remember Sheffield City Hall is only 1hr 10m away tops if you know where you're going.   Took poocher out, fetched papers into work for 7.50am.  The departments weekend top games predictions are now in too:-

After work had a brief rehearsal then home for 6.30ish.   Tea.  Dog walk.  Watched Badasses in the Bayou - a very low quality film.

Saturday 12th December 2015
Up early, dog walked, papers fetched. Took pooch for pampering at Beth Croft's dog grooming.   Me and missus went down to Morrisons for brekkie and shopping, save a sausage and some bacon for the pooch as she does not like baths, she does not like them. 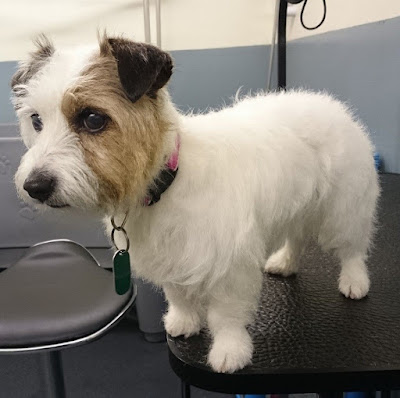 Back home for about 11 after picking up a Sausage and Mushroom baguette for Lucy.   Nothing really done all day due to crap weather watched a movie or two but that's about it.

Sunday 13th December 2015
Up at 7.30 after going to bed at 9pm - a full-on 10.5 hours of sleep.  Grand.  Dog walked.  Down lotty for some brussels, bumped into someone and got 6 free bags of compost when we're ready - result.  Aldi after that to get some wine for me dad.   All good then over to Mum and Dad's for tea - stopped over at Uncle Peter's memorial on way and put a winter wreath thing on.  Nice tea, dead tired when I got home so bed early again after taking pooch out.