March 2019
Joined a band for a bit.  Loads of walks, a few DCFC pride park games.  All good stff.

April 2019
Left a band but still sticking with ReVamp

7th April 2019
Car boot first thing, over to me mum's for her birthday in the morning.  Auditioned for a band in the afternoon.

8th April 2019
Work.  Rehearsal with a band in the evening.  Didn't go particularly well and have had some nagging concerns with this band.

9th April 2019
Left that band still in ReVamp though. 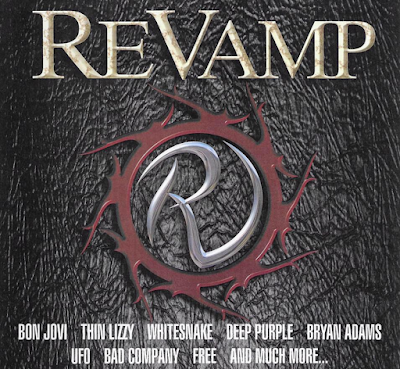 Did all the mowing after work. All good.  Need to get a little strimmer though.


10th April 2019
At work early after walking the dog.  Env Focus Meeting in the morning, normal work in the afternoon.  Then visited a group.  Then Ripley Police HQ for a NW meeting, back home for 9.30.  Meanwhile Phil had been busy.


Wee Phil is like my dad, really good at making stuff.  When I was at primary school I had a chess set but lost the rook from it.  My Dad machined me a replacement.   Wee Phil, my lad is the same - he can make stuff and he's save me some money with a handy iPad stand made from bits of a £20 kit I bought in Christmas 2018.  Anyway, the base of a snare stand, a tom holder and a bit of plate steel and off you go.  Have not mentioned it but it should be apparent that usefulness skipped a generation for me! 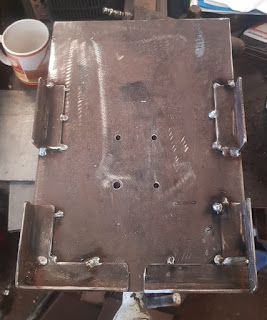 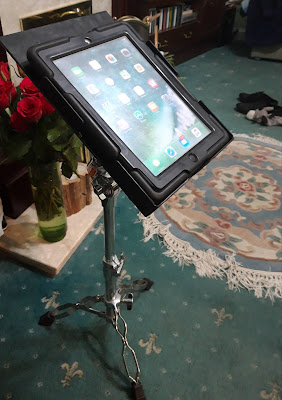