Sunday 24th November 2013
Took the dog a walk first thing then lots of little jobs.  Got rid of some garden waste - nistertians and sweet peas now frost has had em.   Washed both cars.  Tidied up the little mini-greenhouses.   Did some work on IBC with young Phil.   Walked dog another two times.  Bath.  Bed early.  All good stuff but no run.

Tuesday 26th November 2013
In Manchester for training.  Made the mistake of going by train from Buxton to avoid the traffic - it took days both ways.  Although it was rather cool to see Picadilly. Did all the walking stuff so good stuff as well.   Cracking course on E-crime and social media.  Found some good stuff out.

Thursday 28th November 2013
Same sort of stuff.  Brother-in-law out of hospital hopefully stuff get back to normal now!
Band practice for xmas madness - all good stuff.

Saturday 30th November 2013
Fur and feather at golf club but not allowed to play it on my membership.  Shame as me and John racked up 40 points which would have been quite handy.

Looking into getting some quotes for Solar Panels.  Dad has just had em fitted and you can get cash back on what's known as a feed in tariff. 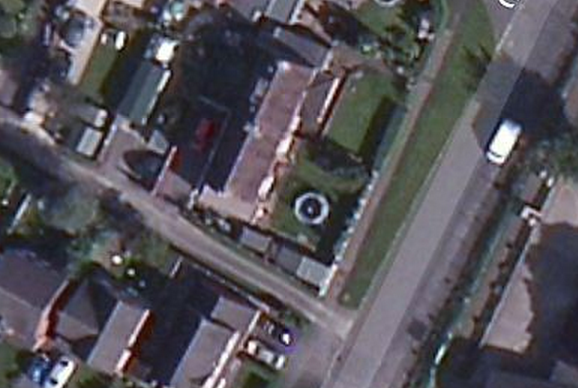 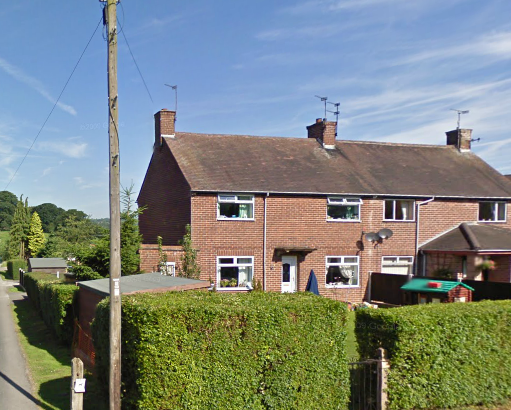 It only takes a couple of weeks and you become an expert in all things solar.  We've got a great quote for Panasonic Hybrid panels which are a bit smaller than standard ones so should fit really easily on our roof.   The invertor will go in the attic.  We've had a new meter fitted already which is a backstop meter apparently so we prepd for that.  Next we need an EPC doing which is where someone comes and tells you how efficient your house is we have double glazing throughout, cavity wall insulation, roof insulation, low power lights so it should be a formality all being well.

Feed in tarriff is what you get paid for generating your own leccy - you get 14.9p for every killowatt hour you produce you also get an extra 5p for half the kilowatt hours you produce which is what the power company estimates you feed into the grid.  This is the first interesting thing - it's not metered so ideally you want to use every bit you can generate.

In winter there won't be much but come summer it will be time to make hay!

Saturday 14th December 2013
Have sent cheque off for deposit.  The system we will have installed is a 16 panel 3.84KW panasonic Hybrid panel which will go on the ESE roof - which isn't ideal but I can't see the missus letting me rotate the house to suit.  It'll be about 12% less efficient that facing due south but we are where we are.

Sunday 17th November 2013
Didn't get up til nearly 8am!  Took pooch a walk.  Did a few jobs, made Lucy Breakfast.  Finally when Phil was risen we took the IBC stand down to the Allotment and got that done.


Monday 18th November 2013
Up at 4am to get Phil up (must stop doing this).  Up at 5:45 proper, dog walked and papers fetched nice and early, tired though!  In to the office before 8am all's well with the world.

Saturday 23rd November 2013
Up early.  Dog walked.  Nipped to Allotment to get PTFE tape out of shed.  Took a couple of bags of rubbish to tip.  Golf at lunch time - five pars, one birdie on S.I. 3 ninth hole.   If had parred the 16th (missed greent and chipped to about five feet I'd have parred or better all the par three holes on the course.  Missed some daft putts.  Was at side of the par five 2nd hole in three shots then took five more to get it into the damned hole.  Happens a lot with Winter golf that. 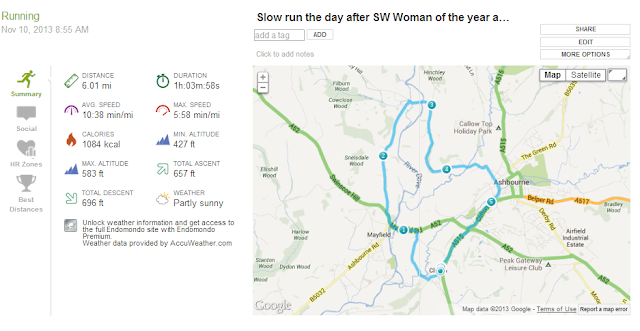 Did some jobs and bits and bobs then at 4pm had a reheasal for the Big Lix 21st Anniversary gig this coming Saturday!  It all went surprisingly well all things considered so am not as apprehensive as I was and am quite looking forward to it!

Monday 11th November 2013
Up at crack of dawn (well 5:30) got some jobs done, shoes polished, Dog walked, papers fetched.  Got into office a fraction after 8am so all good stuff so far.   Got home to make kids' tea did some bits and bobs. Walked dog. 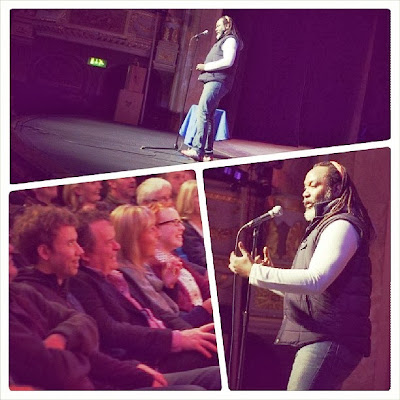 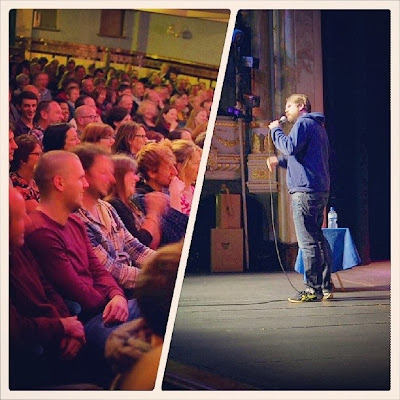 Am convinced I saw Nigel Clough in the audience but it's possible I may be mistake.

Home a bit late but such is life.

Thursday 14th November 2013
Up real early to get Phil up. Dog walked Early.  In to work earyl.  Tons of good stuff done during work. Very pleased. Rehearsal after group only two of us but a start none-the-less. Back home for a bit after 7pm.  Dog walked again - all good.  Bed earlier than has been the case most often so that's good.

Friday 15th November 2013
Up at crack of dawn.  Baked two loaves for IT Depts bake auction thing.  All good stuff.  In to office for just after 8am all going well.

Saturday 16th November 2013
Up early.  Walked dog, fetched papers.  Fetched Piccy B. Did some working on the IBC platform - tomorrow it will be done.   Helped Phil with initial re-roofing of his shed(s).  Golf - some not too bad stuff and some rubbish as usual, think had three pars on front and four pars on back nine so not too bad considering hadn't played for a week or three! 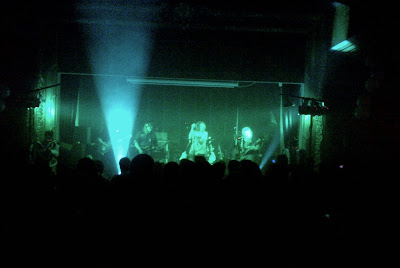 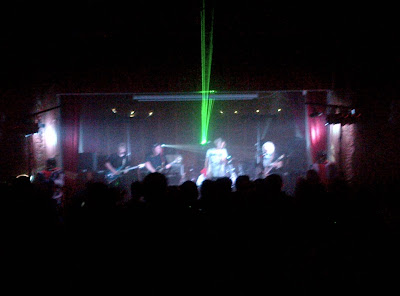 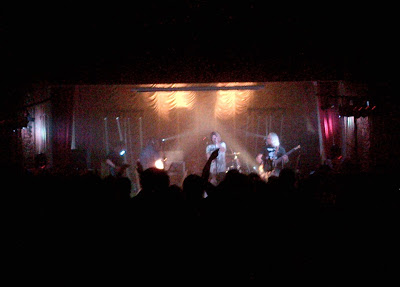 Sunday 3rd November 2013
Up early.  Dog walked. Fetched more pavers with Phil.  Went to Allotment took one 2x2' on trolley but it's too soft by far.   We brought base from IBM back home.  Phil set about making a stand for the IBC - I need to get two 3x2' slabs up to the plot for the IBC base. Over to mums for tea.   Back home for 7:30.  Bed early.

Monday 4th November 2013
Up early.  Got Phil up for 4.25.  Got up at 6am took dog out, fetched papers, shower then straight off to work.  Need to leave early to get back home for Lucy.  Bosskat not going to be back from Derby City Hospital until late.

Wednesday 6th November 2013
More of the same but went to ATP Tour Finale at O2 arena incorporating a meeting with Barclaycard so all good stuff , Think we saw David Ferrer vs Someone Berdych.  Got home at 2.15am!  A wee bit late for me.

Friday 8th November 2013
Up early to get Phil up at the crack of dawn.  Dog walked, papers fetched.  Three mile run done (first of November - life is a bit mixed up at present).  Popped in on Hollie at Belper - 1.5lb on - not good but that's what you get when you're not focussed.

Plenty of getting ready for the big Slimming World Woman of the Year awards at the NICC at Birmingham. Got me hair cut on way home.   All set.

Saturday 9th November 2013
Up at the crack of dawn as usual - got Phil up at 4am.  Got papers at 6am, got off to Birmingham at 8.30 there in good time for doing the business with the shop at the awards.  Lunch in the Slug and Lettuce - not bad and good value for money I did think.  Shop in the afternoon.  Do in the evening, in bed for 10:30.

A good sleep then off for home in the morning I reckon.