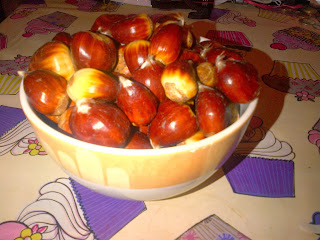 Six mile run at 10:17 pace - slow but rainy so not to worry. More garden tidying up - getting there slowly.

Lunch at Stepping Stones.  Showed me mum the wonder of Facebook (there's a group called Bakewell of Yesteryear on it which got a lot of "aahs" and "eh look"s! )  All good.

Tuesday 29th October 2013
Up early.  Got dressed let the pooch out.  Had a shave.  Went to fetch papers.  But roof bars on the car in prep for weekend.  Got the emptied metre squared cleaned up a bit.

Wednesday 30th October 2013
Nothing much to report.  Walked dog.  Work early.  Group visit in Eckington took all afternoon visiting supplier Kinspeed on the way there (and back for that matter).   Went to Hollie Majthenyi's Belper group on way home - have never been so happy to have only put on a pound and a half after so long with hardly any running and a lot of alcohol.  November will be the month of getting it all together!
Back home took dog out - watched the remake of Total Recall, bed late again.

Thursday 31st October 2013
Up early.  Took dog up Snelston hill to get some more nuts - not many about but it was only just getting light so that may have something to do with it. In to work just after 8am. 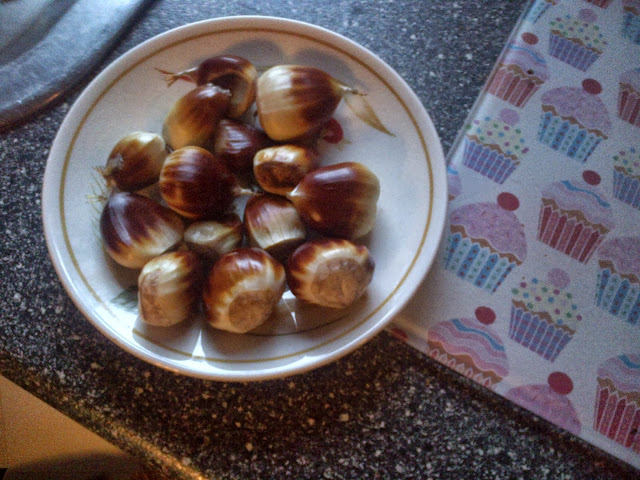 Took Sylv to take over from Janette at 10am.  Back home for 11:30.  Cleaned the IBC up and then Phil took it over to the allotment for me.  Me and the boy then humped it up to the allotment. 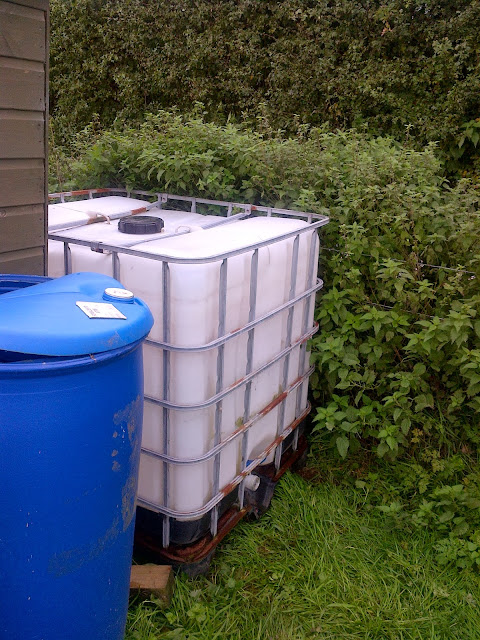 Have put it behind the shed for now but we shall be making a good solid base for it in due course.  It will holed 1000 litres of water so with that and the butts we can hold 1600 litres of water come Summer 2014.  Got some more raspberries which I think the boss has frozen.

After bosskat had a kip I took the family to pub for lunch about 4:00pm!  Dropped boss and Lucy off at home then went down allotment to do a wee bit of measuring.   Took JAS to Derby City Hospital to take over from Sylv.


Tuesday 22nd October 2013
Got Phil up at 4am.  Got mesen up at 6am. Chucking it down with rain so did stuff round house.  Got Lucy up, give her breakfast, fetched papers.  Hoovered.  Washed up.  Went to work.  Got home, took the boss to the hospital brought boss' sister back.  Watched a bit of telly, helped Lucy with maths homework.  Went bed.

Wednesday 23rd October 2013
Up at crack of dawn to get Phil up, back to bed.  Up again at 6:15, let pooch out, had shave, did Lucy's packed lunch. Got Lucy up.  Did her breakfast. Went and fetched papers.  Got ready for work, went to work. Got home, fed Lucy and Phil.  Took Lucy to Football.  Missus still in hospital - am I using this as an excuse not to run?  If I were properly committed I'd make time.  Tomorrow must make time.

Thursday 24th October 2013
Up early to get Phil going - will ask him if he's okay getting up on his own tonight - ridiculous when he's 18.  Got Lucy up at 7am after doing some tidying up, shaving, make Lucy's lunch, made her breakfast then took Lily dog with me to get papers, parking in Leisure Centre car park and walking to MRS.  Bought a mirror today as it's got a £5 voucher off at Aldi which is good.  A cheaper bottle of scotch or a free bottle of wine whichever way you looks at it.   Team meeting this afternoon so have been up town to Birds for some buns.  Good stuff (any excuse).  While up town I nipped into Wilko quick.  Got 18 litre of John Innes potting compost for £1.25 (it said £2.50 on the shelf but went through the till at £1.25 - so put it in back of car and went and got a couple more - going to use some straight away for sweet peas and store rest of it for next spring. 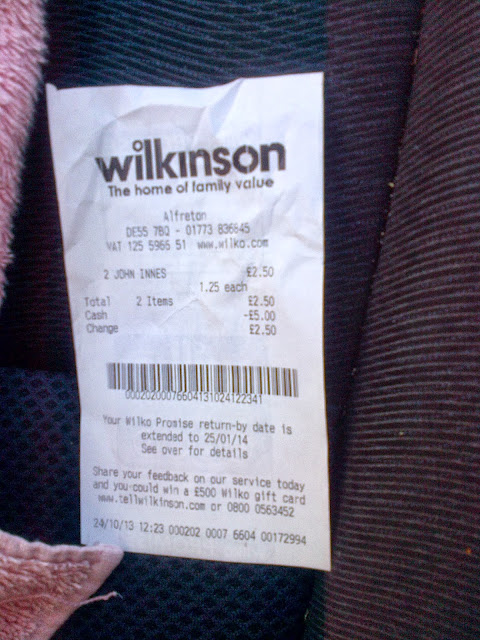 Friday 25th October 2013
Up early to get Phil up, back to bed a bit then up again about 6am.  Phil rang up to tell me I'd got a flat tyre so there was all that to sort out before getting into the office for 11:30.  Made some calls while waiting for tyres to be replaced so not end of the world.  Brother-in-law came out of hospital as well so that's making life a bit easier thank heavens.  Nothing to report on exercise front but a bit of dog walking's better than nowt.  Missed group for a second week running - need to get this resolved.

Saturday 26th October 2013
Up early for the boy.  Dog walked - got more sweet chestnuts - need to do this while they're there.   Golf at lunch time.  Slow going - another society in front to make it nice and slow so we only played 13 holes diverting from the 10th to the 15th on the back nine. Think I parred about five holes on the front nine but only one on the back

Helping me make me mind up not to renew next year.   Did a load of smaller gardening jobs.  Have decommissioned a metre square. Emptied the compost tumber etc.etc.

Sunday 13th October 2013
Well, woke up at 10:30 still feeling hammered.  Back to bed at about noon and woke up at 3pm so lost a day pretty much.  Still had a great time at the school reunion, drank way too much as I often do and that's the price you pay for it.  I'm pleased that golf got cancelled and I did the six mile run yesterday now!  Went over to mum and dad's for tea which was grand.  Sorted me dad's computer out while was there - bloody malware infected Google Chrome which I thought was good for keeping that sort of rubbish away but obviously not!

Monday 14th October 2013
Up at 6am, took little dog for a walk up town. Off to work early - banana and porridge for brekko. Great day in the office found a number of ip infringers including one overseas.  All good stuff.  Back home for 6.30, took the wee dog a walk got off to bed early.  Dryathloning from now until next do which will probably be the awards do although I might even keep off the booze for that one!  Bed for 10pm

Tuesday 15th October 2013
Had a plan in mind when went to bed that went like this.  Got up at crack of dawn (well 5.55) took dog up town to fetch papers but parked near Dove Services Station so a longer walk for the little dog of about 1.2 miles.   Got home for 7am easy, but instead of high-tailing it to work went for a three mile run! Day one of Marathon training is how I'm looking at it.  Knee feels fine today as well - all good. Be good if I could do it every day.  Watched England beat Poland 2-0 and get through to Brazil next year!  Good Stuff.

Thursday 17th October 2013
Up at 5.55 again.  Took pooch a walk up town - saw an A-Frame advertising a new Slimming World group at the Empire Ballroom in town!  Cool, we must have three of four groups in Ashbourne now! 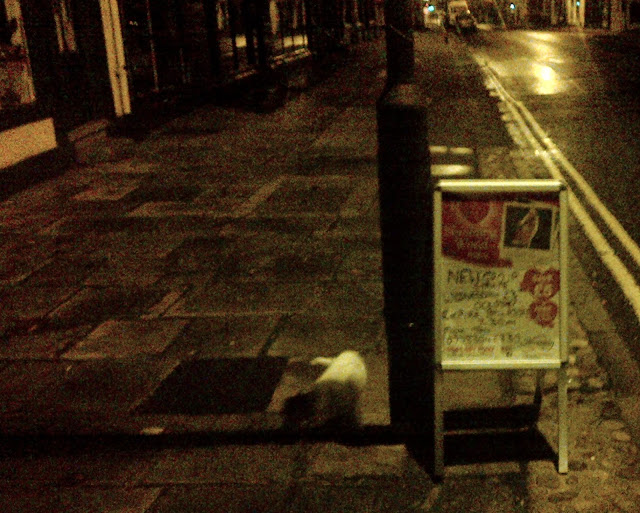 Sunday 6th October 2013
Up early.  Took dog walk.  Did 6.5 mile run - very slow but it wasn't race so who cares!
Few jobs in garden. Mum and dad came over.  Took em over to see the allotment.  Well impressed they were.  Took the beanpoles down as they want covering up over Winter.  Did a bit of weeding where the bean poles were which couldn't get to before.  All good stuff.   Got back home and with a few hours to spare til setting off for Ellie Goulding Wolverhampton gig so mowed lawns and outside for hopefully the last time in 2013 - it's October for heaven's sake!

We set off for Wolverhampton about 5pm which was a bit too early in some ways but good that we were parked on bottom level of Civic Centre car park.  We walked into town a bit and had a coffee at the KFC.  Walked back about 6:45 queued for yonks - the trick with Civic Hall is to walk to the entrances on the right hand side not the ones on the left.  Once we got there we were soon in.  Seats were pretty good - left balcony, front row A113 - A115.  Good view but not much leg room.    The support bands were Chasing Grace and Lulu James - both very good. In fact, all three had really good bands, the standard is very high these days. 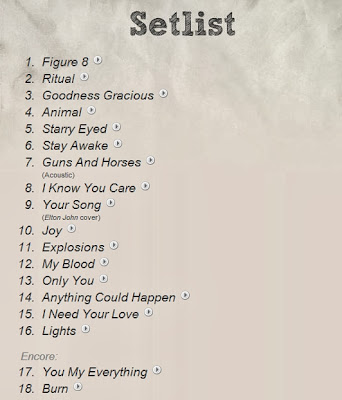 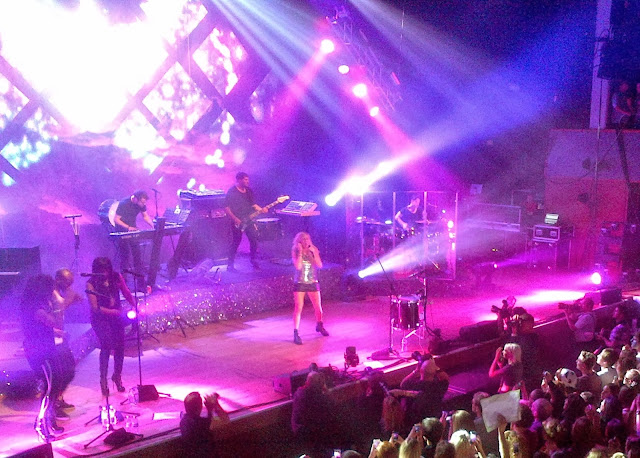 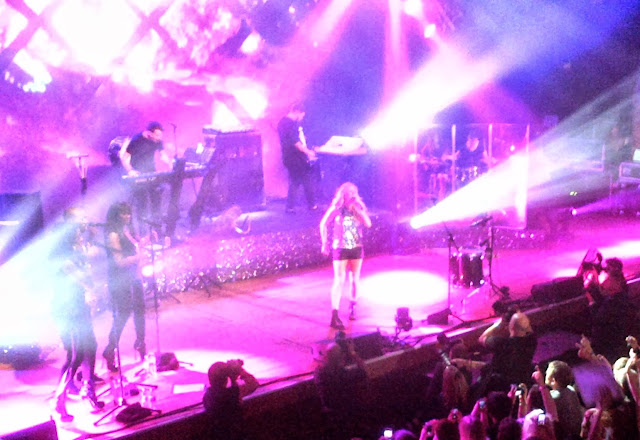 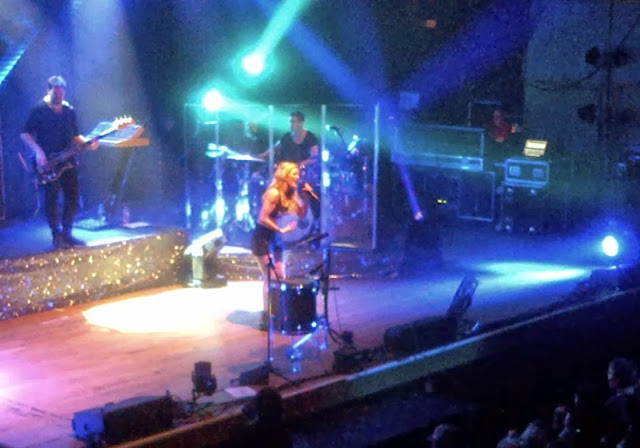 We left before the final encore and were home just before midnight - all in all a successful operation took an hour and ten minutes ish both ways really.  Lorra Lorra roundabouts.

Monday 7th October 2013
Up at 4am - got the lad up.  Back to bed and then up at 6am.  Took pooch up town to get papers.  Off to work - interesting day.  Left about 5.10 stopped at the lotty on the way home and did a bit - all good stuff.
Took dog a walk.  Watched half of a movie with Lucy - need to fast forward to 1hr 11mins to watch last forty minutes today.

Tuesday 8th October 2013
Up at 4am got the lad up.  Back to bed then up at 6am.  Papers with pooch.  Have taken the decision to have breakfast at work for a few days so I  give the dog less titbits so was in the office for just after 8am.
Brief stop at the lotty on way home - dug out the brassicas bit - think this bit and the bit where the courgettes are currently sitting will the be non-manured bit of the garden reserved for root crops next year.  When got home  had tea, walked dog.  Regripped my driver in readiness for Saturday - it goes well but the grip was a bit slippy it must be said.

Thursday 10th October 2013
Up at 4am.  Dog walked. Work. Did an expert chat with Slimming World USA that was hampered with technical difficulties - hopefully will get another chance.   Got home for 8pm took dog a walk.  Read a bit then bed.

Group visit at 9am.  Lost a pound which is not what I'd expected.  Need to be getting back into the running habit and then things will get easier again.  Knee is not hurting after 3 miles which is good news.   See where we are after the big run on Sunday!

Saturday 12th October 2013
Got Phil up at 4am.  Got up at 6:30 to take Lily out, bless her!  Pottering about clearing the metre square gardens gradually.  Went up to golf but it was cancelled so went a six mile run.  A bit slow as my knee locked up after Mappleton (3.5 miles in) so some stretches and was able to finish - am not going to worry about it just keep on running as Steve Perry would say!