Monday 28th August 2017
Bank Holiday no less and glorious weather.  Went to Ellastone Charity Garage Sale.  Bought some fencecare with brush for £5 in the right colour so in afternoon I painted fence and listened to Test Match special.  Bloody grand!

Tuesday 29th August 2017
Back to work.  In early.  Lotty after tea - runner beans and raspberries - need to get doing a bit though soon.

Wednesday 30th August 2017
Up early.  Dog walked, papers fetched.  Bit of rain in the air.   Into office for 7.30.  Got home, went blackberrying with the small dog and got a tub full.   Watched a bit more of Strike on Iplayer - looks like a cracking program -  not read the book so can't compare it.

Thursday 31st August 2017
Up at the crack, new routine then dog walk and papers.   Into office for 7.30.  Root canal at Dentists this afternoon.  Happy days.

Friday 1st September 2017
Just for reference Root Canal was not nice, not nice at all.  BUT it is done and I don't have to go back near the dentists again until next April (all being well which will do for me, Tommy).  Gig at the Great Rocks club, Peakdale in the evening.  All went okay although I need to do a bit of work on the 13" tom to get it sounding reet. 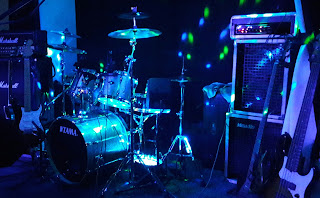 Saturday 2nd September 2017
Up early.  Down the lotty helping out on volunteers day then golfing with Doug - played much better throughout - the backswing had got a bit Nicky Price and slowing it down improved my game by an absolute ton!!


Sunday 3rd September 2017
Did a bit at the lotty.    Went with Phil to have a look at the sheep he was looking after in the evening. 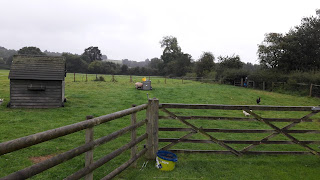 A week dominated by toothache, emergency dentist appointments and lots of work!

Monday 14th August 2017
First day back in the office. Ho hum.  Quite a few bits and pieces that were kind of John's really but needed dealing with so a busy day.   Fitted a new head and tuned Tama snare drum up after work.  Also went up into the attic to do a bit - all good stuff.

Tuesday 15th August 2017
More of the same I should think but also went to lotty to get a load of spuds and dug up and a load of runner beans picked.

Wednesday 16th August 2017
Went to Darley Dale for me dad's birthday before work.  The collected some chairs from Tesco's at lunchtime and delivered them to Darley Dale a second time after work. All good stuff.

Thursday 17th August 2017
9am at Dentist,  The root canal surgery wasn't as bad as I'd expected although 45 minutes is a long time with your gob open I found.   All done and into the office.

Friday 19th August 2017
Up early the usual drill.  No after effects from the dentist so all good good good.

Saturday 20th August 2017
Got papers, took Lily to Belper for grooming. Did a bit at lotty - pulled up four rows of peas from number 7.  Was going to go to Ashbourne Show but the heavens opened while I was at the lotty so gave it a miss.   Me and dog sat in shed while it blew over... 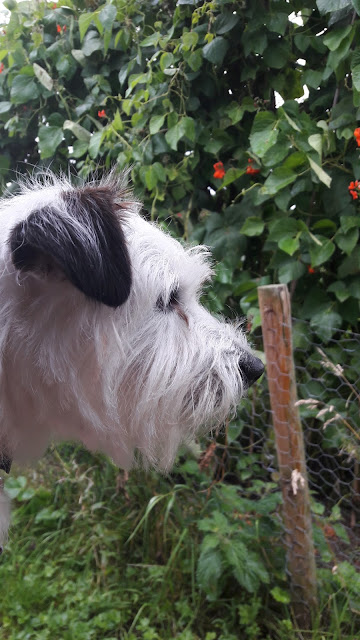 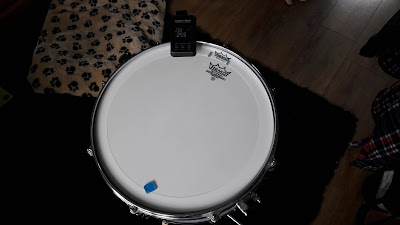 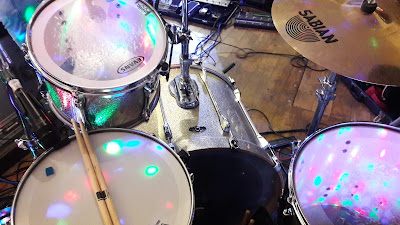 Gig at Royal Oak, Burton   Went okay considering - loads of nasty blisters after though - that's what you get when you not played for a couple of months.


Sunday 20th August 2017
Got to bed about 3am after the gig so didn't get up until 8am.   Washed both cars, mowed everywhere. Went golfing at 4pm with Chumlee and Andy Bill.  Played rubbish for first few holes due to blisters, on fourth hole I popped the big blister and by about 7th hole it wasn't so bad.   Never mind. 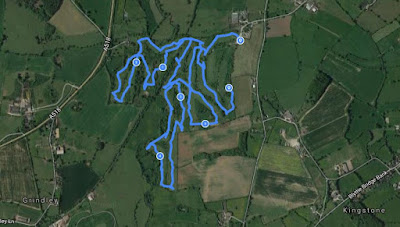 Monday 7th August 2017
Waled along coastal path with Lucy and bosskat.   Beautiful views and was amazed at how dry the path was after all the rain. 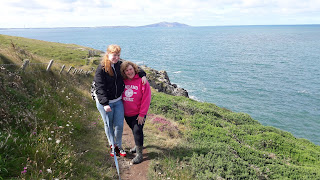 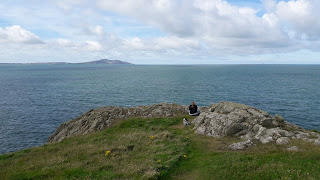 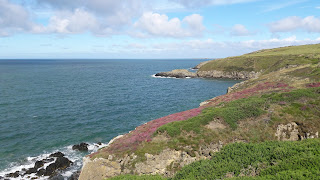 Had a bit of a fish on the little beach - too weedy soon gave it up as a bad job.

Tuesday 8th August 2017
Went early doors with Paul Clarke who runs the site and is son of Vic and Linda to Runcorn to play golf in the rain - it was glorious in Anglesey but barely stopped raining in Runcorn.  Paul's society
Friday come back.   Anyway didn't play too bad - hit a nice 6-iron off the tee on the first hole with a whopping audience and overall got 26 points in the pouring rain off 15 handicap with loads of trees all over the shop.  Really enjoyed myself we played with/against John and Steve from the Licensed Traders society who were like the Chuckle Brothers so we were properly entertained.  I couldn't putt for some reason so that cost me dear, got the odd par here and there but left a lot of shots on the course.  Such is life.

The meal was steak and kidney pie with apple pie to follow - it was cracking.    Got home a bit after 10pm.


Wednesday 9th August 2017
Can't remember what we did on Wednesday - think we lounged about a bit and had another barbie in the evening.   Cracking sunsets then went fishing - perfect conditions got a little bass just as someone asked me "what are you fishing for?" - perfect timing.  Missed a really decent bite as well - the one that got away - the beach was in perfect conditions with tables of water - all you have to do is cast beyond the third breaker and wait. 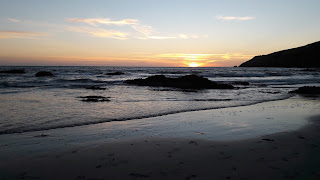 Thursday 10th August 2017
Fished Dinas Dinlle and Menai straits both of which were rubbish in the daylight.  Never mind such is life.  About 5pm had some terrible news about an accident that put us in a right spin.


Friday 11th August 2017
Up early and on road as soon as we'd had breakfast.  Made a few stops on the way home but got home about 2pm'ish I think.

Saturday 12th August 2017
Cleared back yard and put storage chests up to make the missus happy!  Tidied it up no end - the rotary composter had got to go onto number 7 at the allotment I think, the old gas bbq went down to the tip as did a load of other rubbish besides. 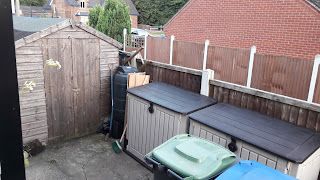 At night time me and Lucy sat outside under blankets watching the meteor shower - I stayed out later after the street lights switched off at 12.10am - hardly any meteorites after 11:30 though unfortunately - next year will go up Swinscoe and watch em in darkness or perhaps to Paula and Darren's. 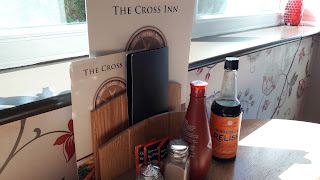 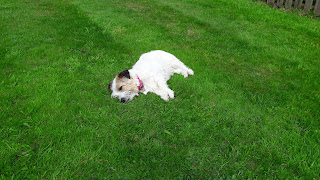 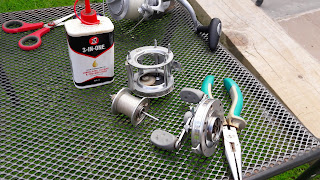 Went to lotty and brought back a ton of beans, courgettes, raspbobs etc.etc.   Going to have millions of pumpkins and butternut squashes in due course.

Bed early back to bedlam tomorrow (or if not bedlam, work at least....)

Monday 31st July 2017
Not much to report, up early dog walked papers fetched.   Work left at 3.50 to go and get hold of a product for work but could not find it in local supermarkets.  Went to B&M and got a cover for the Chiminea for £1.35 or something like and a cover for the fireput for £1  All good.  Bed about 11pm after taking next doors dog for a walk - got some strength has Bruno.

Tuesday 1st August 2017
Got up at 5.40 and then only just so about 10 minutes later than usual for work. Such is life.  Got home a bit late with one thing and another.  After tea took pooch a walk then set about sorting out the watering system for the green house - needs a bit of PTFE tape to sort it I think - a job for wee Phil.  Got meter readings done - went onto U-switch.com as our current tariff finished at end of August - it goes up £6 a month for the next year (although we're currently £20 in credit?).   Anyway, U-switch says I can save £280 by switching to A, £279 by switching to B etc.etc.   What a load of cobblers these savings are all based on us reverting to the standard i.e. most expensive tariff with our current provider.    If I pick the tariff that goes up by £6 a month (bearing in mind we're in credit) with our current provider nothing on U-Switch can touch it.  The only difference is that U-Switch would get £40 if we did swap.

Wednesday 2nd August 2017
Up late at 5:50.   Dog walked papers fetched, still into office for 7.40am so not end of the world.  Left bang on time for a change went to Marchington to pick up a couple of items we'd won at the auctions.  Really pleased so far with the boombox and some outdoor storage chests the missus wanted.


Friday 4th August 2017
Hols in that Wales.  Got there for about 2pm in afternoon - a steady enough run.  Got settled in, got some bait dug.   Tea was nice from butty van.   Went fishing on Church Bay main beach think I got a single dogfish then called it a day. 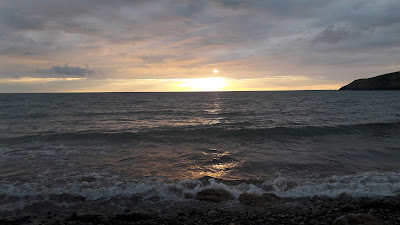 Saturday 5th August 2017
Dog came in at silly o'clock in the morning so out for an early walk.  Off to Holyhead with the missus shopping - we had already planned to do a BBQ for our Andrew and his mate Carl so shopping was essential.  Dug a bit of bait - BBQ went really well.  We had planned to go over to Lligwy to fish at night time but there was a big music festival on there so we chose to go to Cemlyn instead and it was rubbish.  Wish we'd gone to Flagpole again or Penhros really.   Never mind back home for about midnight.


Sunday 6th August 2017
Up early with dog again.  Weather forecast to go crappy and it did - 12 hours of rain.  As this was only bad weather of the stay it wasn't too bad, really!