Monday 24th October 2016
Bloomin' eck its almost Hall'o'ween time - crikey blimey O'Reilly.  Up at the crack of dawn.  Dog walked, papers fetched, into the office for 8am.  All on rails as usual.   Home for 6pm ish.  Tea.  Dog Walk.  Put some stuff up into the attic for the missus and did a bit of drum practice too, all good stuff. Watched a couple of Casting Agency's and a couple of Have I got News' then up to bed with new Rebus Book even Dogs in the Wild.

Tuesday 25th October 2016
Bit late getting up at 5.45am, never mind, papers got, dog walked, into office for 8am.  Going to a DDDC Forum thing tonight so will be seeing what the good folks in the council have done for us lately and asking a few questions.

Wednesday 26th October 2016
Last day at work before a short break.  Helping out with loads of interviews.  Rush of a day.

Thursday 27th October 2016
Off to Wales wahey.   Three stops on the way - Congleton McDs, Jeppos Cafe (in the middle of nowhere) then Valley and then we got to Church Bay. 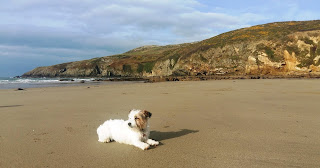 Took the boss and the pooch to The Black Lion at Llanfaethlu for tea - very nice.  Went and did a bit of fishing caught nowt.

Friday 28th October 2016
Still in Wales wahey.  Me and missus went to Moelfre and then Bull Bay. 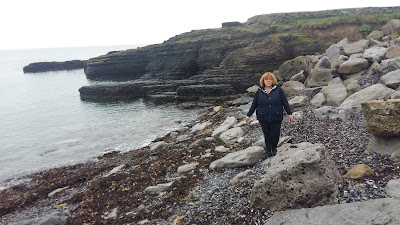 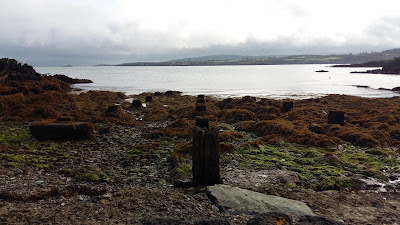 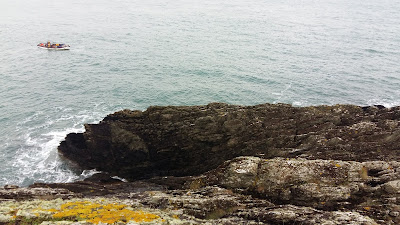 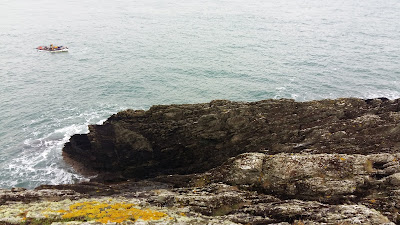 Had a BBQ in the afternoon!! 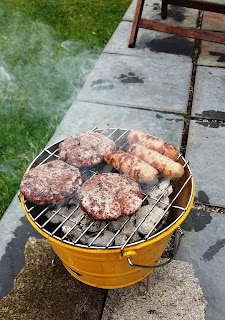 Missus went to the Lobster Pot for tea with Linda, I had the pooch and then went for a bit of a fish later on - caught nowt!!

Got a gig with Breaking Poynt at Parwich - bit of a last minute job but what can you do!  Gig went well - am falling back into it slowly.

Sunday 30th October 2016
Up early doors.  Dog walked.  Down lotty for a couple of hours.  Dug a bed out brought a load of stuff back for the missus.  Dog mucked up so gave her a shower while Missus and Lucy went to get some stuff from Uttoxeter.  Football at Buxton with Lucy.  Dog managed to roll in fox muck so a load of grief for that and then another shower for the stinky dog.  Top tea at mum and dad's back home about 7pm - slept most of way home then off to bed early.


Tuesday 18th October 2016
Up at 5:30.  Dog walked in the rain. Cycle2work deffo cancelled!  I into office for 8am.  busy day, got home for a bit after 6pm.  Tea. Dog walk.  Watched a load of tat called Quantico - watched four episodes of it though so it can't have been that rubbish!!  Bed for 10pm

Friday 21st October 2016
Got Lucy up early as they are finishing early at school on the last day before breaking up for half-term - can't fault 'em i would too.   Funny day in the office loads to do, and

Saturday 22nd October 2016
Cripes lost Thursday!!   Can't imagine I did a great deal different!  Took pooch for haircut at 9am in Belper.  Dip a quick shop with missus - all good fun.  Back home for about 11am.

Found out I'm definitely playing drums for a local band called Breaking Poynt with me old mucker Rich Mellor so that's great - need raise my game a bit now.   Game of golf with John at 12:30 - took forever so we went down 15 instead of the 10th.   Never mind.   Got down to the lotty and got everything mowed which needed doing desperately.

Sunday 23rd October 2016
Up early.  Dog walked.  Weather gone miserable so did a bit of web work for JJC Sporting Guns fixing some picture links that had gone AWOL.  Lucy footballing at Alfreton so was damn near back as work on a Sunday afternoon!!   Lost again but at least Ashbourne got a couple of goals.

Got home for a bit after 4pm. Took pooch a walk after tea to see if could get any sweet chestnuts - only got a few from the easy tree - I reckon if I can find a bit of time to get some more on Thursday morning should be laughing.

Monday 10th October 2016
Up at 5.20am before alarm went off which had set as a precaution in case natural alarm didn't work after having only four hours sleep Sunday morning.   Papers fetched, back home for 6.10am, got Lucy up.  Into office for 7.45 and back to business.  Back home about 6pm which wasn't bad.  Tea and Dog walk.  Got stuff ready for biking to work Tuesday!  Watched Hooten and the Lady and a film called Continuum as well practicing paradiddle diddles (try saying that when you're drunk).

Tuesday 11th October 2016
Up at 5.20am.  Dog walked and got daft Lucy up at 6.10am.  Cripes.  Cycled into work 10 miles - have got to about 12 on Thursday I think so thought I'd better have a bit of a practice.  Cycled back in about 48 minutes which is okay - need that sort of pace for fifteen miles on Thursday morning - will have to see how that goes!!!  Watched some tat called "Seventh Son" on Now TV - crikey that's a film for Tammy Constance if ever there was one.


Wednesday 12th October 2016
Up at 5:30, dog walked paper fetched. Cleaned car out and went to work - car swap day.  Car swapped.  Back home for 6pm.  Tea then went to footie practice with Lucy and Boss Kat.   Watched Westworld when got home - top programme that is.  Bed before 10pm as just a bit tired, leccy blanket on - luxury!! 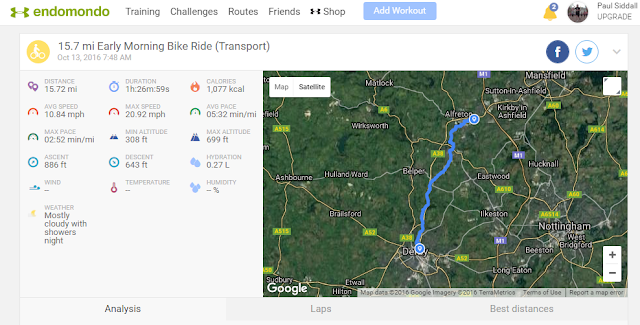 Got to work for about 9.15am, shower then interview at 9:30.  Bish bosh.   Should be easier on way back I'm hoping.   Well, it was way easier going home thought it felt more uphill in the morning than in the evening and so it proved to be the case,

1hr 26minutes in the morning 1hr 12minutes going home so all good stuff I reckon.

Watched a bit of telly in the evening but god what I tired.   Bed about 10pm can't remember head hitting pillow!

Saturday 15th October 2016
Up first thing, dog walked, papers fetched.  Off to Swadlincote to fetch 3 Hard Case drum cases which I got off eBay for £50 - an absolute bargain.  The bloke I bought them off is the drummer for a Kate Bush Tribute band called Red Shoes and he buys and sells drums - his workshop is like an Aladdin's cave of drums.   Excellent.  Got back and started tidying garden up a bit - pulled all the sunflowers up, got rid of some of the tomatoes.   Then we lopped the lilac tree with me dad's tree lopping tool which worked an absolute treat but my arms are really aching now!   Got all the mowing done so the green bin is all nice and full for Thursday!  No golf but went to a do in that Derby in the evening.  A little bit tipsy by time the night was through.

Sunday 16th October 2016
Played a round at Brailsford with Darren who we know from Wales.  Quite enjoyed it - greens are much better than I remember and the three new holes make it a good two hours worth of golf for just £14.

At 11:45 it was off to Ilkeston for Lucy's football which saw an improved performance but another defeat - only a matter of time.

25th anniversary of joining the company - instead of a watch I got some drum microphones - I've got a secret plan I'm working on dontcha know!!

Got home had to take some pictures for Lucy's art projects - bumped into Sam Harrison who was Sam Greatorex when I was at school in the 80's - turns out she's lived a stone's throw away from our house for 15 years and knows the missus - as usual I'm the last to know!!!

Gave Lucy a lift into school early as they had an early start.

Got home from work and got everything mowed before it got dark - green bin day on Thursday.   Well pleased with that.


Wednesday 5th October 2016
Up early pooch walked, Papers fetched.  Good day in the office.  Bit of drum practice up in the attic.


Thursday 6th October 2016
Work early.  Got home 6.15 took el pooch out as was getting dark.  Missus going to flicks so watched a load of telly!!!  Oh yes.  Westworld and some rubbish with Elves in it.


Friday 7th October 2016
Up early.  Dog walked in the drizzle. Took Lucy to School again as she had a big art folder with her.
Nipped to Wilko at lunchtime got two bags of seed and cutting compost for a shiny pound and also got some onions for planting.

Got home in good time.  Watched even more telly - Bridge of Spies - excellent and Grandma which was less so but not bad all the same.

Saturday 8th October 2016
Up early, dog walked, papers fetched.  Off to Derby to get bait for fishing!   Got mackerel, squid (dear stuff) mussels and prawns.

Did a bit at the lotty - got me garlic and onions into that bed I set up last week.   Still a bit of space to put a few more in so I might do that next weekend - we'll see!

At 2.45 set off for Skeg Vegas - took ages to get there as first postcode me brother gave me took me into Skeg and the mark was a bit north of Chapel St Leaonard.

Went past a caravan site we had a holiday at when I was about 5 years old so nice to see it was still there.


Got to the car park of the mark at about 6pm just after it had rained on Andrew and his mate, Carl.   Anyway onto the fishing which can be summarised as - spent a fortune on bait, travelled 250 miles caught nowt!!   Proper full on mad.   Carl did manage a single flatfish but it was probably just a bit too rough. 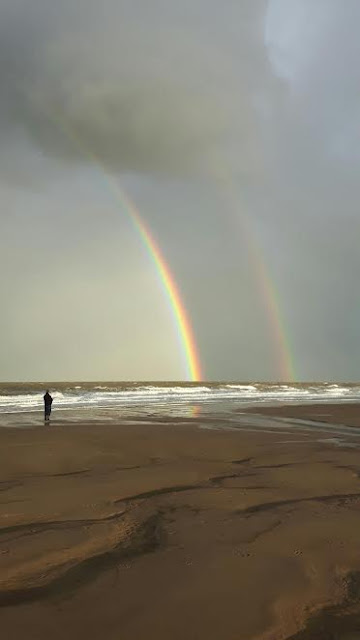 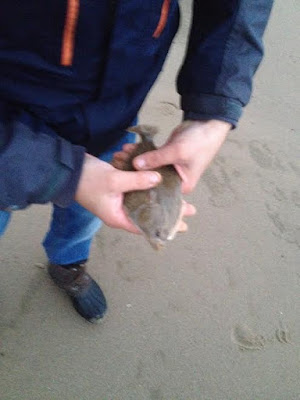 Saw a beautiful owl on the way home so something good from it.  Also know where to get cheap frozen bait that will do at a push - prawns from Aldi, Mackerel fillets from Iceland and local if you can get it should be the mantra!  Bed at about 3am

Sunday 9th October 2016
Up at 7am.  Dog walked, then off to Car Boot at Bakewell.  Got a non-slip mat for a tenner that should be about perfect for putting a drum kit.   At about 12 noon we set off for football at Cavendish Fields.  I got roped in to being linesman again - one day I might even do a half decent job of it - who knows?


After footie went ovet to me mum and dad's for tea which was very nice indeed.  Did a bit more conservatory windows cleaning and did the solar panels too - me dad has got a top gadget sort of an extendable broom thing that has water running through it - must borrow it to do mine.  Ever so slightly fell asleep after tea and went home with Phil nodding off a bit until he hit his air-horns (the miserable so and so and so).   Took pooch for a walk about 8.15pm and then off to bed.   V. Tired