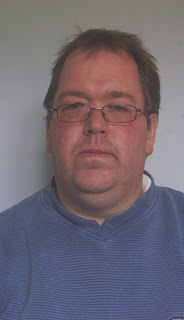 Also weighed in for the Thursday group and had lost an additional 2lbs but will post that up for next Monday!! Still off the booze 41 days and counting!
Posted by Paul at 12:06 No comments:

Monday March 19th - had to leave early due to Lucy's parent's evening so weighed in the afternoon. Lost 2lbs this week which is not as good as previous weeks but still steady loss.

Have had a good week and was confident that I'd lost a stone overall. Wasn't expecting 1st 2lb so am pleasantly surprised. Slimmer of the Week to boot.

Been a funny week - managed to break old faithful yesterday (bike I've had for about six years - the hub in the back wheels got jiggered - might be fixable but as the rear derailleur is bent it might not be worth mucking around with). So with my usual resourcefulness I've stolen the missus' bike (only a 19" frame so I've had to raise the seat as far as it'll go) and swapped me new lights over onto it. Have found that biking is the best exercise for me at the moment and now I've got the ace LED lights on front and back I can go out for as long as I like and not have to worry about eating up expensive C type batteries - they run on little AAA batteries which I can recharge - take that Mr EverReady.

Changes I'm beginning to notice - shirts are getting jolly baggy, cycling is getting easier and I'm getting out further and further (go out at 9pm or even later some nights when traffic is quiet).

Best of all - outdrive my golfing buddy at the weekend on a couple of occasions had a great round 8 pars and 2 birdies - we played matchplay and shook hands with the opposition on the twelfth green for those of whom don't know what that means it simply means we kicked their butts!!

Had to get weighed early today as had Doctor's appointment (more of which later).

Had lost 3.5lbs which was much better than I expected (went out for a meal with the wife on Saturday night - Rib-eye steak and a pud (but no booze - am off the sauce for 28 days as a test to myself).

Left work early for results of blood tests at my doctors. Doctor was astonished at the progress - on his figures I've lost damn near a stone as he weighed me on first February which was a couple of weeks before I joined the Slimming World group. Small victory - he was considering put me on diabetes medication but as he could see I was losing weight has given me three months grace!! 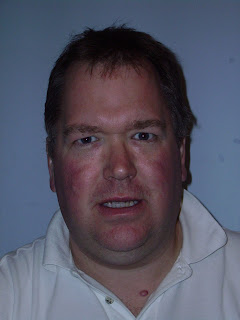 Had a massive training event at work so i only just made the group at 6:30. Week 1 of the Slimming World have been doing original days only so far and have found it very easy thus far. Have also given up on alcohol, crisps, chocolate and biscuits and cut down awesomely on bread. Sounds like abstinence doesn't it? But it ain't - have had to force myself to eat a couple of days cause I'm just not hungry, honest. Am going to start listing what I'm eating in due course to illustrate what I'm on about.

Wierd thing. Had heard that our company was about to start a Slimming World group in-house (which is a rare thing as SW don't tend to go for in-house groups I'm told). Anyhoo, had been keeping my head down as my missus has always said on what I eat I could never do a Slimming World eating plan. Anyway, C, the Consultant asked me very nicely and I felt I couldn't say no so there I was in a Slimming World group. It's handy too as I on the edge of being diabetic (7.2 I think) and have high blood pressure semi-controlled by three different drugs plendil, ramipril and a water tablet that's too long to ever remember, ably assisted by a statin to keep cholesterol at bay.