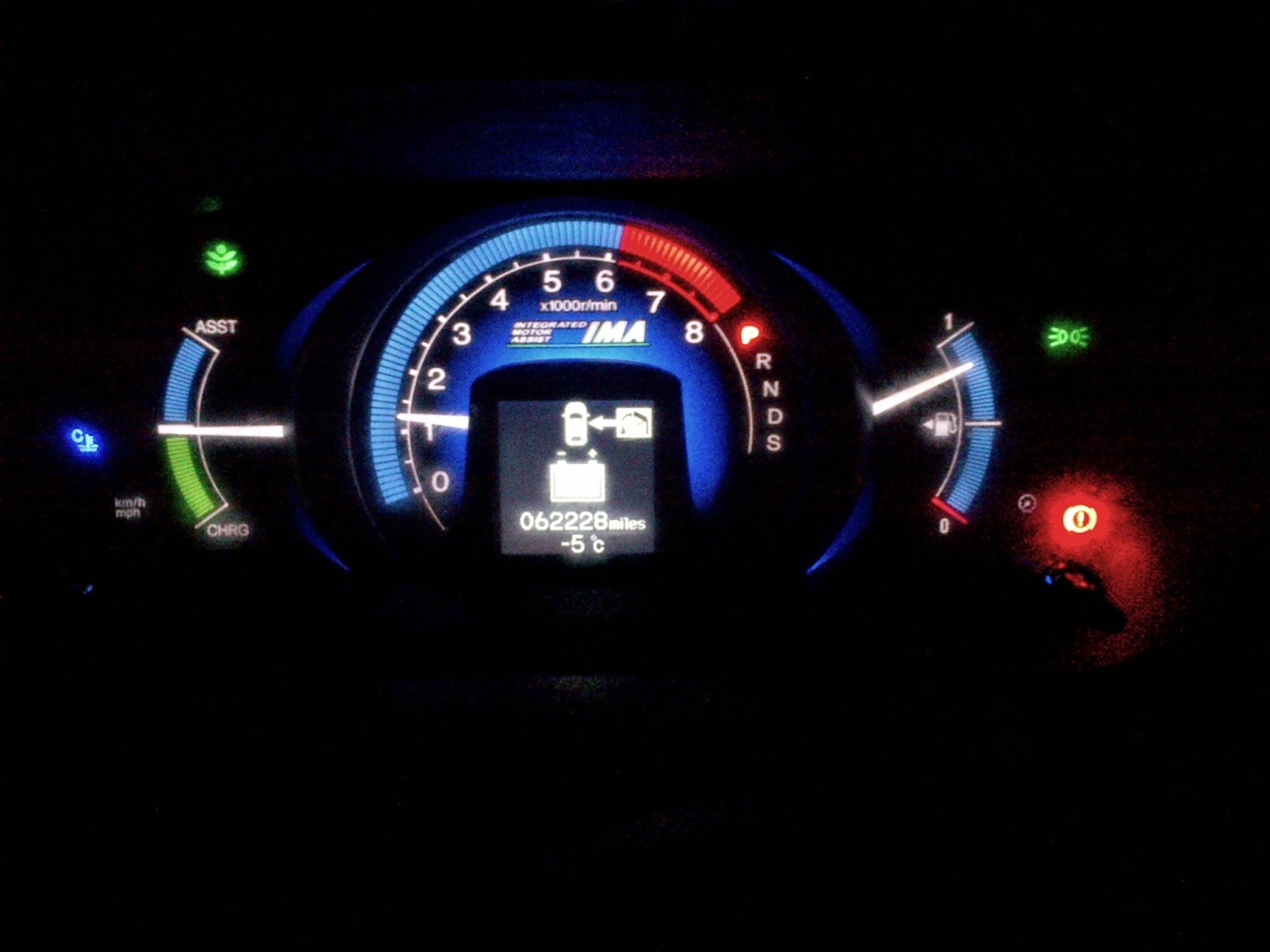 Dog walked, papers fetched, into office for 8am.  Loads of Brand Protection eBay work done.  Got musical gear put away so Miles-Bramwell suite can return to it's normal usage.  Back home for about 7pm.  Dog walked.  Soundbar installed on telly - not impressed - that'll teach me.   Watched a couple of episodes of Elementary.  Brought a load of drum pollution out of the car and got it into me shed somehow - it's going up in the attic once I've got all the pollution together in one place!

Tuesday 30th December 2014
No alarm clock again.  Got up at 5.40.  Minus 7 outside, proper cold, in fact so cold I had to carry the dog the last couple of hundred yards of the walk, poor pooch.  Into office for a bit after 8am after getting the lad's car scraped and out of the way of bosskat's so she can go shop, shop.  All good stuff.

Wednesday 31st December 2014
Up early.  Dog walked papers fetched.  Still damn cold but due to warm up a bit.  Another year older - it's not fair you know!!  In the office for 8am.  Did some ace Brand Protection stuff, quite pleased with meself.  Back home for a bit after 5pm.  Got some serious drinking done but over a long period of time so wasn't drunk just convivial and got to be by 1.30am!!!  First time have seen New Year in for donkey's years.

Thursday 1st January 2015
Up at 7.20, woke up a bit earlier.  Feeling fine, took pooch out for a big walk.  Got back coffee. Went up town in motor and got papers.  Bro came over.  Mum and Dad came over.  Went to Stepping Stones for luncheon - it were grand.  Afternoon, I got the red drum kit into the attic with some assistance from Phil.  Put inflatable beds up into the attic as well as the Dog's cage which we don't use any more so all good stuff went to bed early after watching a bit of Elementary and House of Fools Christmas special. Got woke up at 1.48 by the ruddy wind humming through the bedroom window.  At 3.30 still awake so went out to check things weren't being blown all over the shop.  Fastened the off thing down and went back to bed.  Woke up at 6.20.  Took dog out, fetched paper.  Got into the office about 8.30.  Busy on a job that had to be turned round quickly for publishing.  Then some more excellent Brand Protection work done and some new leads started.


Saturday 3rd January 2015
Up early.  Dog walked.  Papers fetched (except for Times which wasn't in).  Lots of bits and bobs but golf cancelled due to bloody rain.  Watched most of True Detective which is one of the best things I've ever watched ever. Took pooch another walk up golf course in afternoon, Found half a dozen balls.

Sunday 4th January 2015
Dog mithering at 7am.  Got up took her a walk.  Frosty and cold again.  Coffee, shave happy days.  Watched last episode of True Detective.  Absolutely the best series I've ever seen.  Awesome.  Got Christmas stuff took down.  Four dog walks before 3pm!  Bloomin hound.  Not much else to report - banging stuff up into the attic, sorted the boiler out.  Washed mine and the missus' cars.  Went a walk with bosskat in the afternoon. 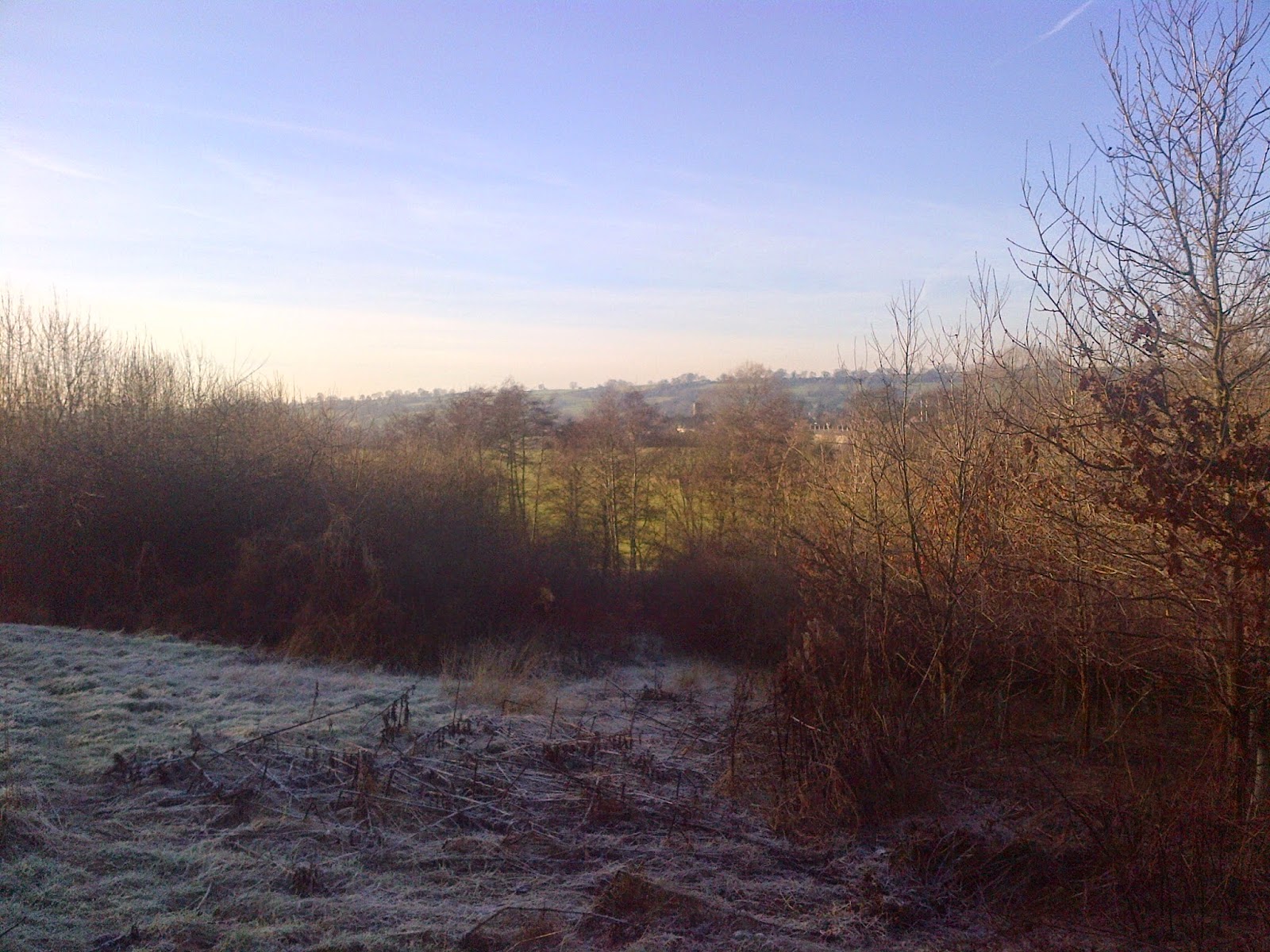 Bed at 10pm again, making myself stay up so sleep through, 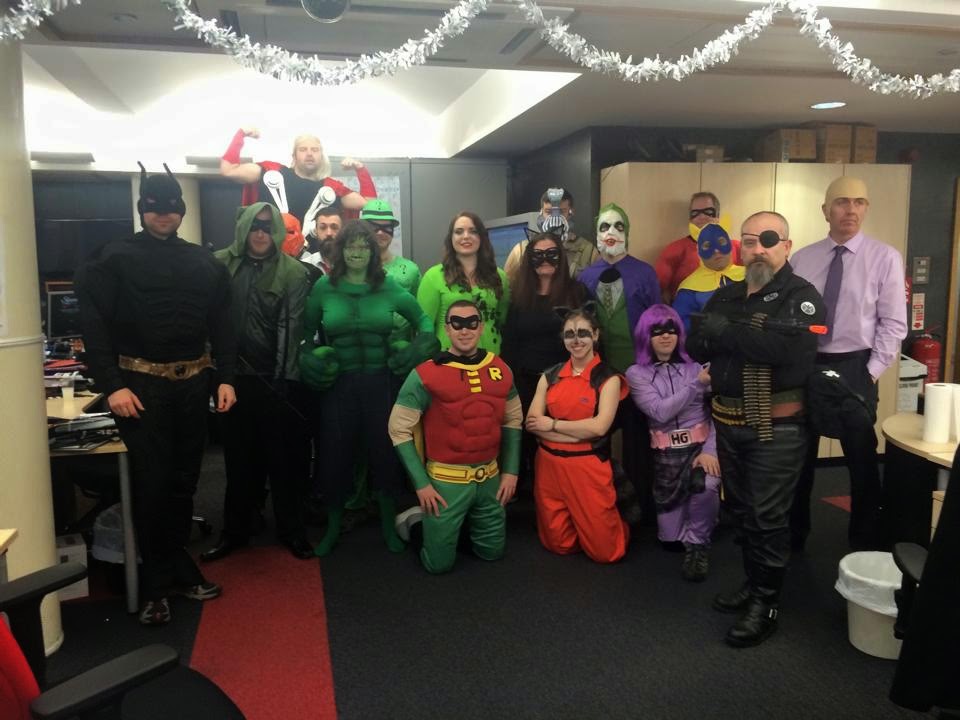 Wednesday 24th December 2014
Up at 5.  Dog walked papers fetched super early. At Tescos, Alfreton at 7:30 - mad house.  McD brekko. At Aldi at 7:55 - folks queuing across the car park - stuff that.  Into office for 8am.  Good few hours and got most of the drums took down if not brought home, Back home for 2pm, had a look at Aldi and a look at Sainsburys and both were madhouses so called the whole thing off.  Up in the attic getting stuff ready for the big day.  Dog walks, bit of telly, chippie tea - not so good but never mind.  Bed at midnight!!

Thursday 25th December 2014
Up at 7!!! Yikes, kids in no hurry to come downstairs.  Dog didn't want to go far so a mini walk and comfort break for the dawg.  Shave.  Brekko. Bigger walk with the dog. Fixed my computer by uninstalling the Nvidia driver.  Xmas Dinner with the folks, too much alceehol, lots of walks.

Friday 26th December 2014
Boxing day.  Woken at 7am by Phil's damn alarm, shame it didn't wake him but there you go.  Took dog up town, fetched papers - no queue at paper shop at 7:30!   Computer not sorted.  Think it's definitely the graphics card.  Took pooch on a massive walk round the golf course - got 30 balls!  Then the snow did come.  So took poochie out in wax jacket - ace! 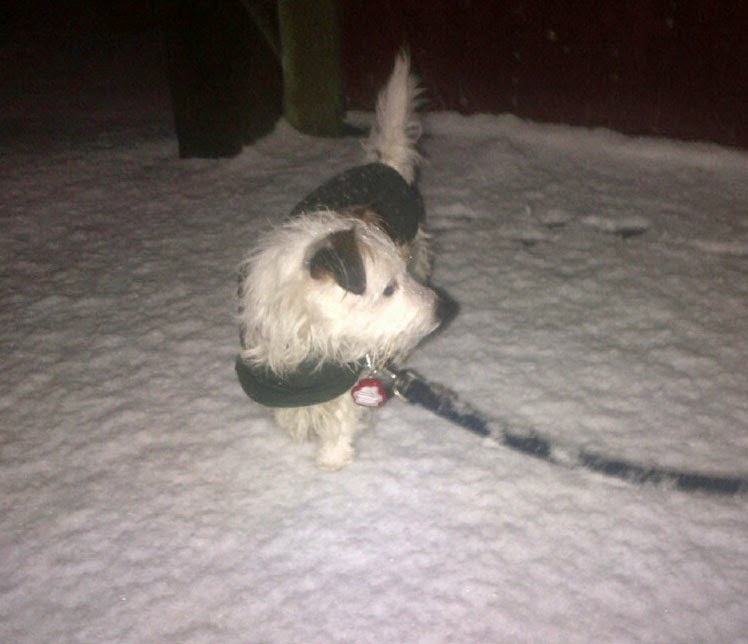 Saturday 27th December 2014
Up early - took pooch on the railway loop walk she is loving this snow!   Then went and fetched papers on me tod.  Piccy B shut so bosskat did a top job of brekko fry up.  Ace.  Went up golf course with pooch in the snow this time - she loves it.   Went homebase to get a bit for the loo upstair to fix the cistern.  Job done, all good.

Sunday 28th December 2014
More of the same.  Took em to Stepping Stones for tea, still getting bugger all done.  Back to work tomoz.

Monday 15th December 2014
Up early.  Dog walked.  Papers fetched. Stuff in car for rehearsal tonight.  Am absolutely full of cold. Never mind, such is life.  Decent day in the office.  Get stuff moved to second rehearsal place.  All good so far.  Stayed til 6.20 but felt rough as so went home a bit earlier than usual.  Got home - West Wing and Game of Thrones.   All good stuff.

Tuesday 16th December 2014
Up at 5:30 before alarm clock.  Dog walked, papers fetched.  New toilet seat fitted.  Into office for 8.15 with hardware for second drum kit. Not too bad a rehearsal after a bit of motivation deflation for some band members at lunch time. First one on an acoustic kit and sooooo much better.   Home for about 8:30pm.  Listened to a bit of the Derby v Chelsea match and it sounded like Derby played well but were somewhat done by a crap referee decision.  Such is life.

Wednesday 17th December 2014
Alarm got me up.  Dog walked, papers fetched.  Into the office before 8am.  Got second (or third if you include the Electonic) kit set up before 8:30 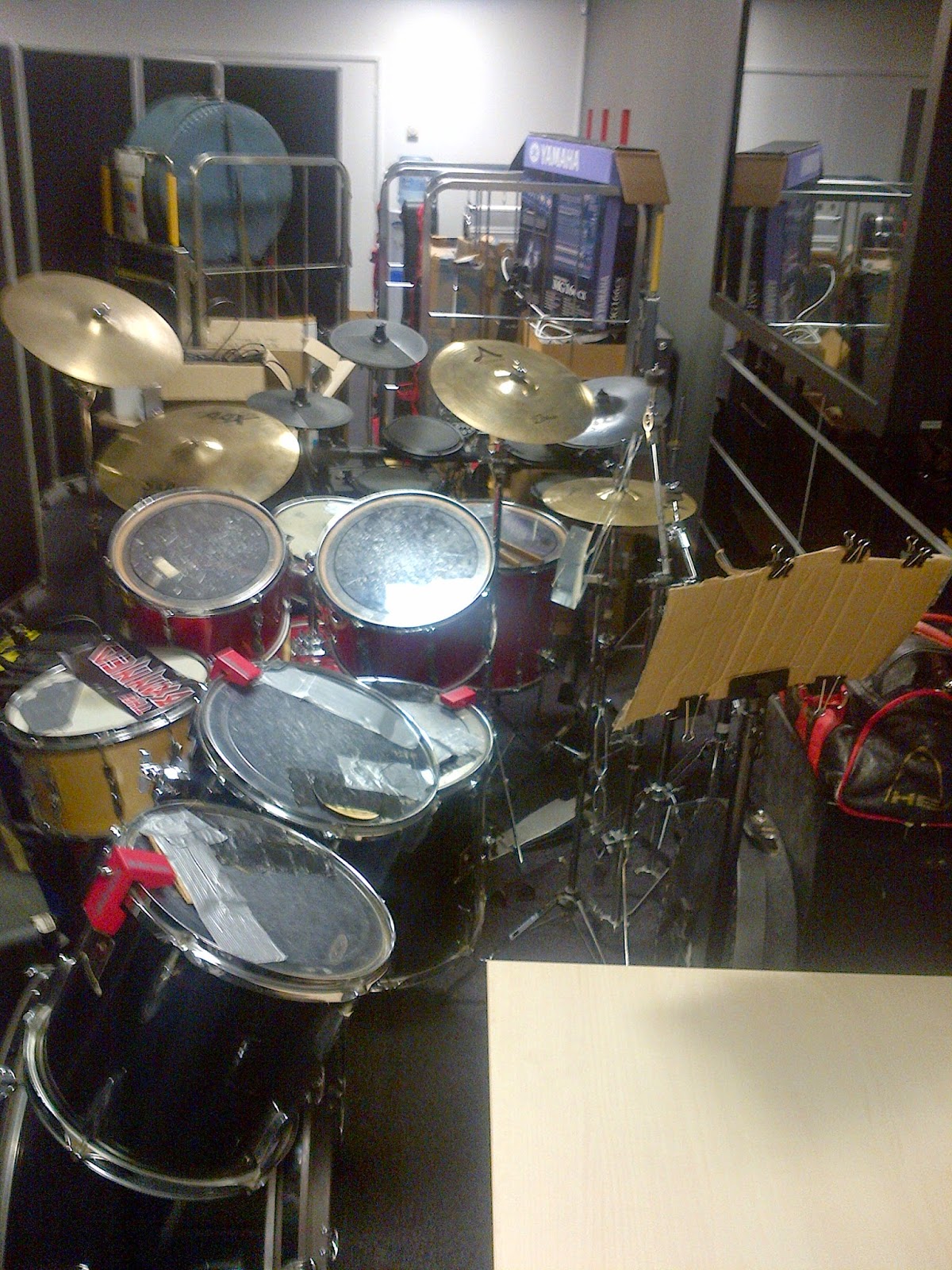 
Thursday 18th December 2014
Woke up at 5am.  Closed my eyes for a moment and it was half past.  Up and out with the dog.  Papers fetched.  Brekko.  More Xmas cards off to work.  Into office before 8:30 will do. Funny sort of a rehearsal after work  - beginning to come together.

Friday 19th December 2014
Didn't get to bed until 12:30 am getting that sad feeling of getting towards the end of West Wing and knowing that after the end of series 7 there ain't no more.  Anyway, gave myself an extra 20 minutes in bed.  Dog walked and back home for 6.30 in the office by 8am moving gear.

Saturday 20th December 2014
Up early as always.  Papers fetched with the wee dog.  Piccy B breakfast when the lad finally gets up.  More West wing.  Rubbish to the Tip.  Little bit of golf and a beer.  Back home more Xmas prep.   Over to me mums for fish and chips which were proper grand.  Bed early.

Sunday 21st December 2014
Up early.  Dog walking. Niot sure what else I done. Tea at stepping stones.

Monday 8th December 2014
Up early.  Scraped car.  Took dog up town to fetch paper.  Someone ran into back of me car at roundabout at riverside retail park.  Marvellous start to the week.  Only scratches, not the end of the world.  Into work for a bit after 8am.  Busy day in the office then rehearsal after work.  Quite tired only self to blame.   Home for about 8.30, tea, dog walked then sorted out Phil's CV for him.


Tuesday 9th December 2014
Up at 5.43, managed to switch the radio on rather than switch the alarm off.  That could have gone better.  Scraped car and repeat of yesterday without being rear-ended.  Into office for 8.15  Rehearsal after work.

Thursday 11th December 2014
Up at 5.43.  Dog walk, papers, work - this is life in bloody winter.  Sick of it.  Went to Jayne Scott's group in Hatton to try to see if we can sort out the signal reception problem, Seem to have worked okay. 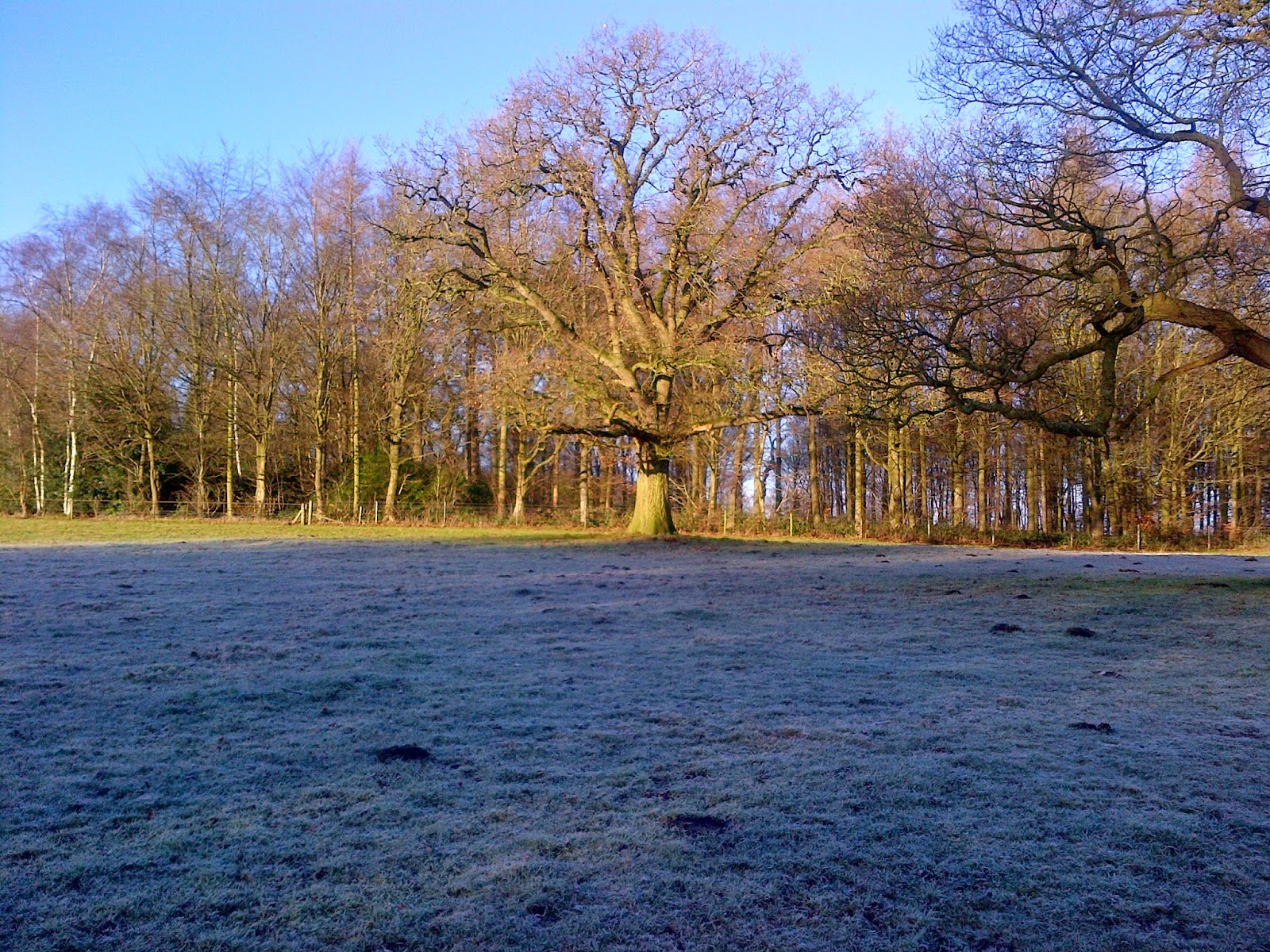 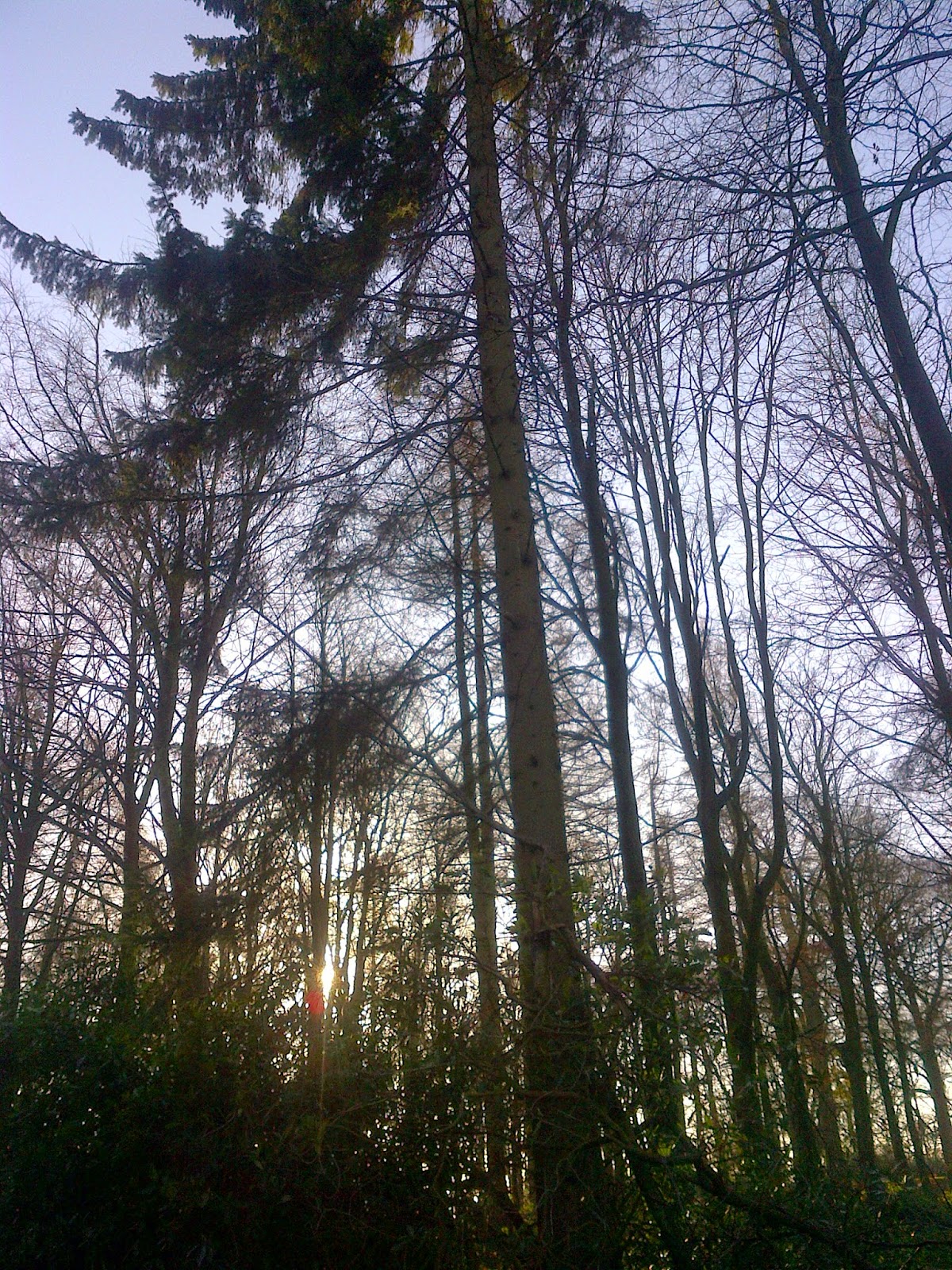 Golf at 2pm - lost the shiny poond on the last putt.  Idiot - hit it too hard - still happy with 20 points over nine holes.   Very tired went to bed early.

Sunday 14th December 2014.
Up early. Dog walked.  Getting stuff ready to fetch a greenhouse from Uttoxeter. Me and Phil at McDs for about 8:50am and on the job by 9:15am.   By 3pm we'd got everything back to Clifton. in two trips. All good stuff. 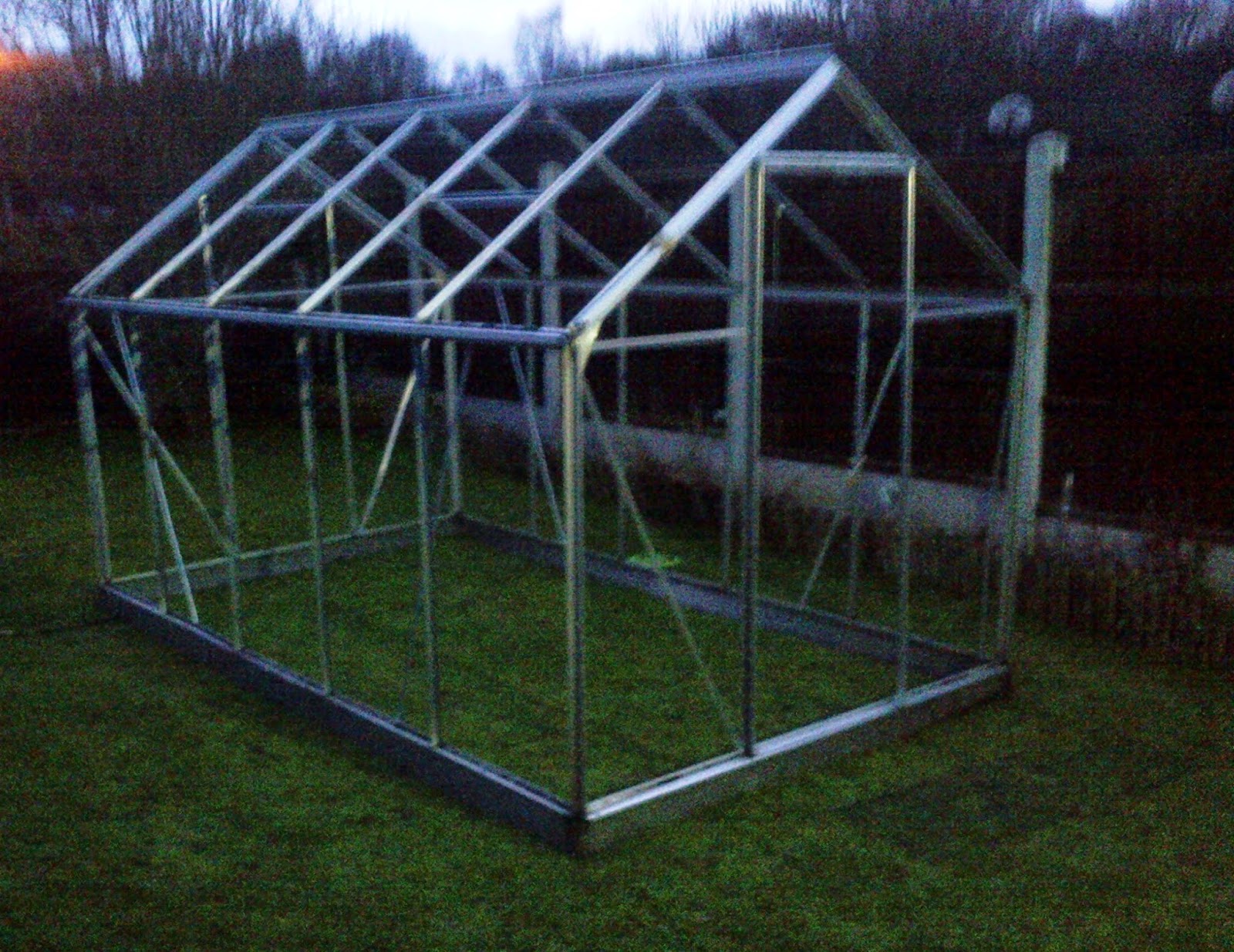 Need to get a base down now.

Monday 1st December 2014
Up before alarm clock, up town walking dog for 5.40.  Got papers into the office for about 8am, all good stuff (had shower at work so paint in ours could keep on drying).  All good stuff. Rehearsal after work with a key member missing and it was still very useful.  Back home for about 8:20pm.  Tea. Dog walked.  Three episodes of West Wing and bed by 11:30

Wednesday 3rd December 2014
It's all got a bit too samey of late in my view.  But that's life.  Dog walk, papers fetched.  Out of office early today for dentist.  Yikes.  Tea, more walking of pooch.  At 9.30 went to put a deposit on a greenhouse probably overpaid a bit but such is life - it's a good un I think and it has some extras - staging for seed trays, shelves and temperature window things.

Thursday 4th December 2014
Bed late last night but still work up before alarm clock.  Walking dog up town at 5.40.  Papers fetched.  Into work early to drop off a ton of games and toys for Red House Charity which is something SW supports particularly at Xmas.  All good stuff.

Just doing a little bit of research - how two google calendars would work.

Rehearsal tonight, then over to Darley Dale to collect Phil's dinner jacket and then back home.

Now here's the clever part; with excellent pacing me and cousin-in-law (and decorator supreme) Jason only drank five pints all afternoon - 2 at the Alexandra, 2 at the iPro Stadium, 1 in a pub near the bus station whose name I've already forgotten.  Anyway was pleased with that.  Bed early as was knackered.

Fixed the outside light.  Took missus to Uttoxeter to spend a voucher that  would have gone out of date at Wilco. Bit of shopping at Lidl and then back home for about 2pm.  Down the Allotment to put up the alarm fitted signs (that we got on 8th November).  Think the IBC is full as the bucket I put under the tap for leaks was full to the brim.  Need to do a bit of rerouting so that we're filling the water butts up as well.   After tea we fetched the red drum kit that had been lent out for a couple of years!  Bed early again (9.20ish).