Monday 22nd July 2019
Up at 5.15 - Phil was downstairs before me think he must be working down West Midlands sort of end to be up that early. Dog walked, papers fetched, into office for 7.30 after getting some petrol on the way.  All good stuff!! 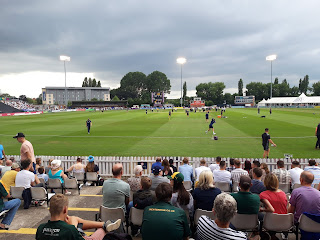 Then to The Tap on the way back for a rack of sleep and cheese.  Hmm.  Then somewhere else for a pint of something Drake then last bus home and back for 1.30ish?? 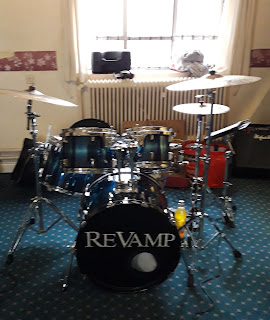 Monday 15th July 2019
Up before 5am, shower, shave etc.   Down to lotty to water with la pooch and then on into Ashbourne to get papers.  Into the office for 7.15.  All good stuff.  Busy day ahead then going to see Jaws with Lucy at Derby Odeon Luxe - Ace!!

Got home, quit tea, tooks dogs out for a walk, then off to Derby for Jaws - what a film, never seen it on the big screen.  Absolutely ace.   Only downer was being robbed at £4.30 for a diet coke for Lucy but made up for it by stopping at McDs on the way home and got a black coffee for me and a McFlurry for Lucy for £2.48 so with my 2-for-1 tickets for Jaws it was a good night out all told! 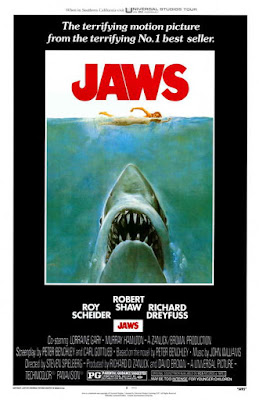 Tuesday 16th July 2019
Up early.  Dog walked, papers fetched, lotty watered, picked some raspberries for me porridge at work too.  Pumped tyres up on the car as one of those warning lights keeps coming on (wonder how they worked).  Into office for 7.20am - everything firing along nicely.  Got home from work.  Tea then walked the big lad, then sold the Tama.  Have I made a good decision to sell it?  It feels like a no you were stupid but at the same time at least I have a bit of space back which has to be a good thing.  It's gone to Leicester - a nice couple bought it for the chap's birthday (born on same day as Phil - what's the chances?).


Wednesday 17th July 2019
Up late - 5.40!   Jeepers.  Still got to work a bit early at 7.20 but everything a bit of a rush today.  Haven't watered down the lotty - hopefully yesterdays watering will hold it in good stead!

Friday 19th July 2019
Phil's birthday.  He was gone at crack of dawn but Happy Birthday none the less wee lad!   Went out for a meal with Darren and Paula at the Coach and Horses, Fenny Bentley in the evening - very nice!

Saturday 20th July 2019
Up early as always - fetched papers etc.  Took Lucy up town.  Did a bit in the greenhouse,  put the roof bars back on the car.  Went to an evening do for Phil's boss' son's wedding at night time.  A good do but very late getting back so was very tired. 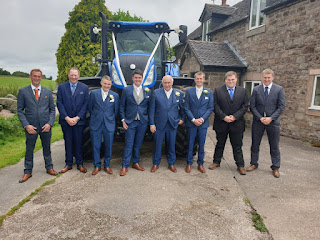 Went to Lotty for a couple of hours.  Sorted me brassicas out which were a bit restricted so put some bigger netting over em and now they are okay.   Borrowed Pads mower and mowed round which was needed.   Missus Siddall did loads of fruit picking - lots of goose gogs and raspberries.  We've not done very well for Strawberries this year so am going to ask my neighbour how he got on growing them in guttering - I think the advantage of this is that it keeps the slugs out.


Managed to avoid seeing the actual result of the Open and sat down to watch highlights at 8pm.  What a disappointment - why can't someone teach Lee Westwood how to ruddy putt.  Does my head in!   So didn't bother watching to end as it was obvious that Lowry was going to win it.     Horrific conditions and course not set up for birdies on final day in my view made it less of a spectacle than it might have been - on saying that he shot an awesome round on day three so a very worthy winner.

The usual thing of work and walks and what have you.  Listed a bike on eBay for me day - am hoping it fell into the maximum final value fee of £1 mullarky. 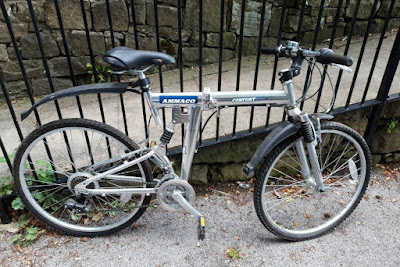 Thursday 11th July 2019
Remembered that after work I went up and cut Pads' hedge to make sure Green Bin went out full!   Only just managed it by 9pm

Saturday 13th July 2019
Lucy's birthday!! Up early to take her to work on her birthday, bless her. Went and bagged up the hedge trimmings we couldn't get into the green bin, mowed front and back lawn and did a bit of tidying up on the hedges.

Put the Gazebo up and did her a BBQ for tea, all went swimmingly.

Sunday 14th July 2019
Up early, down the lotty, a tubfull of raspberries.  Watered it all, desperately need to do something with me brassicas but have got a Cricket World Cup to watch. Clean BBQ and Firepit, put the BBQ away - all good!   After New Zealand's innings I whizzed to the lotty on me bike to get some peas - I got back in time for the first over of the England Innings - might have missed one or two balls but that's all.   Any road after finishing all square we beat the Kiwis on a countback of boundaries - mad!

Up early but knackered.  Took dog a short walk.  Into office in good time, dealing with the massive list of emails. Crikey blimey.   Got home, tea, took dogs a walk, did a load of watering, the usual.   Got some more plants potted up.  All good stuff.

Tuesday 2nd July 2019
Same again.  Dog walks, work, more walks.  Watering etc.etc. Missus and Lucy went to see  Grace's boyfriend in a play thing at the Town Hall so I did a load of gardening - got sweet peas in, got sunflowers in and few other plants.  All good stuff.

Thursday 4th July 2019
Up early again.  Dog walked and into the office.  All good.

Sunday 8th July 2019
Up early, over to Rowsley for a car boot, then popped over to see me mum and dad.    Listed the Mapex and the Tama Starclassic on eBay need to make some space!!  Went to Matlock with Lucy but it was a nuthouse so we didn't stop.  Did a bit more at the lotty.  All good stuff.