Knackered - went to see Big Lix at the Empire last night, did one song and got through it, ha ha.   Got back at midnight - up again at 4:30 (new time I think although too tired to remember).  Washed out sort of a day.   Did a bit on the utility room till we had a bit of a fall-out.  Walked the dog about four times (the pipster's back)  Did some dough, drove Phil about a bit, went to Lidl - oh and bought another kayak - another Ocean Drifter.  Only dog walk logged: http://connect.garmin.com/activity/238211359

Took the pooch a three-miler, bed about 10pm which was way too late - am absolutely shattered at the moment. Pooch was proper tired out after: http://connect.garmin.com/activity/238833807 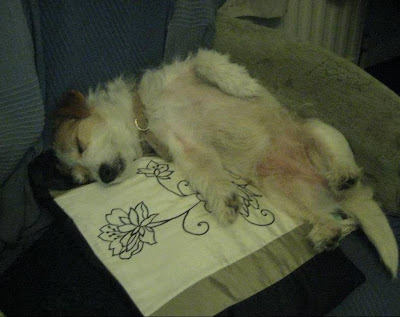 Tuesday 30th October 2012
Up at 5:00am, dough set up and in top-over to prove for half an hour (am going to try a much longer time for em to rise tomorrow I think.   Took pooch up to Sprinkshill Wood and back - only 1 and a bit miles but better than nowt.  http://connect.garmin.com/activity/238833814 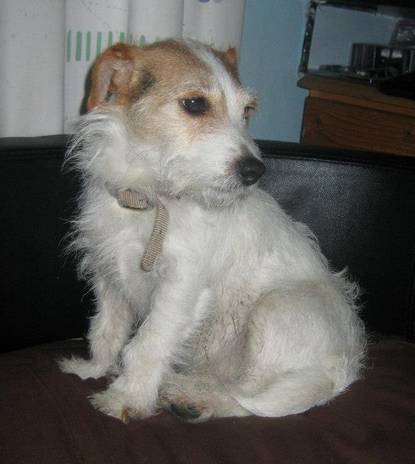 Watch has fell to bits this morning - am hoping the new strap will arrive today or tomorrow.  Garmin straps are crap and no mistake - this is  fourth one I've had (at £20 a pop) since March 2010 when I had it. Rubbish

Took hound for more walks in the evening - all good.

Went to Hollie's group after work. Another 2.5lbs lost which was the target I set last week sot hat was good.  A bit off track when got home as too much Hallow'een junk about - my choice though, no-one-elses/

Took dog out a couple of times but not far due to it p*$$ing it down consistently.  Tried to go to bed early but Dog barking so moved Humphrey the hamster into another room and that seemed to help. 4.45am wake up to the sound of barking - no idea what she was on about but she did nick a green tart thing off the table last night so perhaps not used to that level of E numbers in her diet!   Mini walk : http://connect.garmin.com/activity/239050588

Thursday 1st November 2012
Cripes, November already as mentioned above 4.45am start, marvellous.  Took dog out to stop her barking did two mile loop in 40 minutes - that's how much she can slow me down!   Watch not working for some reason but it was never going to be a personal best in any case!!!!

Friday 2nd November 2012
Bed at 9:20, Up at 5:50 getting some sleep back. 3.5 mile run no idea what pace as watch is refusing to get sat reception for some reason.   Will fully charge the beggar tonight and hopefully it will be fully rocking.  Fetching another Kayak later today - a bit of a trek but then again it was with the other drifter!   More good news - the pipster is coming to live with us full-time from tonight. What a weekend!

Saturday 3rd November 2012
Up early.  Took dog walk.  Went to Dawnie's caf with Phil to sample the delights - sausage and bacon cob and a cup of coffee.  Golf at 12:00 cold but good fun, front nine very average, back nine pretty good taking just 42 shots including three pars and birdie on the 16th - very steady indeed.  Hit a draw on 7th two for first time - need to work out how did that.  Back from golf helped Phil finish off fencing and gate to keep the pooch in now that she's ours!!

Got Endomondo loaded up onto my mobile phone as well which was nice.  Will try it out on Sunday.

Then went to Alfreton to Aldi and Home Bargains - got mesen a new headlight for running with kept the missus happy!
Got back and then went up golf course to test driver Phil has helped me put together.  It's a ten degree Callaway 454 not exactly new tech but goes well when you catch it right.
http://connect.garmin.com/activity/235980098 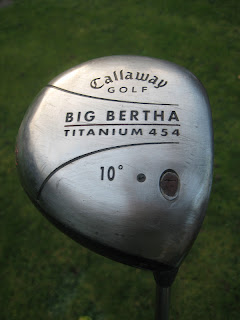 All the write-ups on the net says it should have .350" tip shaft inserted into but we couldn't get the R7 shaft which I had to hand into it for love and money whereas an old .335" true temper from a really old Goldwin driver from way back when fitted a treat but meant buying another adaptor (which required a bit of trimming down to fit) from Gamola Golf - who have bits and bobs for almost any golf club rebuild.


Monday 22nd October 2012
Up at 5:30, 2 mile run put some cobs in the top oven to prove  (had made the dough last night and chucked it in fridge - still experimenting).  Watch battery was flat so no record but it's my now usual "two mile back in time to get Phil up" run.   Then baked the bread 5 x 5min turnaround at gas mark 5.5 - that should be easy enough to remember.

Baked the bread. Fetched Papers and delivered Phil to work, got the missus and Lucy up, showered, dressed for Work and off by 7:20 into office for just gone 8am.  Had brekko at work.  All good so far.

Watched a bit of Man UTD on telly then went out for a bike ride.  Just short of nine miles done - not mega fast but not bothered!
http://connect.garmin.com/activity/236603449

In to work early,quick peek at the scales - says 3lbs off.  That'll do.

Went to group and it was better still - 4.5lbs off according to Hollie's scales at the Belper Slimming World group.

In to work nice and early.  Breast cancer "wear it pink" day at work oh yes!.

Went to see Big Lix at Empire for a charity thing got invited to do a number which I did try to resist but failed - ZZ Top tune done and dusted.  Drank Pepsi Max all night so still going strong for a month without alcohol!

Sunday 14th October 2012
Up at 4am to take Phil.  Knackered.  Bed again, up again at 8:30 thinking it was 9:30.  Happy days.  Cleared all the tomato plants and got em all in the bin. Went to me mums check she's alright.  Helped me dad get a VHS video onto a DVD.  Went shopping in Belper.  Washed all the cars.  Fetched Phil from work. Polished work and school shoes.  Did a load of dough.   Off to bed early.

Put the rolls into bottom over and give em 20 minutes at gas mark 6 - seem okay.

Back home from work about 6pm, fetched Phil from his work, back in good time for a change.

Took missus to Costco to get a cake for Paddy.  Switched telly to watch footie but it's not on - rain stopped play.  Hilarious.


Wednesday 17th October 2012
Couldn't get out of bed, when got out of bed at 5:50 couldn't find running jacket anywhere so no run this morning.  Took Phil to work, got off to work early and in office for 8:15 all good so far.  Been on scales and am a stone heavier than back in June - so going back to group.

Joined a group in Belper, 12 week countdown bought - 1.5 stones off by Christmas is the plan.

Thursday 18th October 2012
Struggled to get out of bed again. Got up eventually and out on the roud by 5:40.  Two miles with a stop-off on the way due to blocked bleedin drains at home.
http://connect.garmin.com/activity/234595691

Back for 6:05 ish, got the boy up, fed him 2 croissants and a mug of tea then got him to work.  Off to Burton-on-Trent to see Mark Flaherty's Stretton group. Very good too, was talking to a member called Lynette who'd lost 16lbs in five weeks and couldn't believe how much she was eating.  All good.   All done, up the A38 back to tthe office.


Friday 19th October 2012
Same as yesterday only a bit slower!
http://connect.garmin.com/activity/234834309
Am doing a load of legalese on a trial at work and it's doing my head in!  Never mind.

Did a round of golf with John, honours equal at the end which was nice.  Coffee in Clubhouse and then back home.  http://connect.garmin.com/activity/235980086
I decided to leave driver at home which made things interesting - the three wood went plenty far enough really but you're never happy unless you're letting the big dog eat as Tin Cup would say.

Helped Lucy with her trigonometry homework - thank the Lord for Google is all I can say - the amount of stuff I've forgotten is unreal!  Sunflowers still bringing in the bees and the butterflies - still summer just! 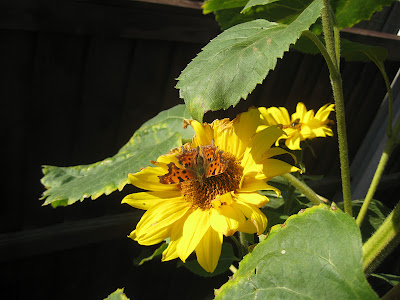 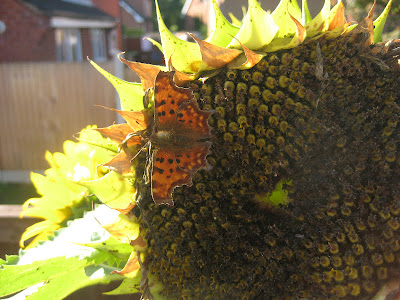 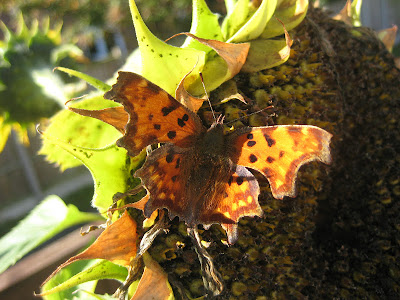 This butterfly is called a Comma from what I can tell and is described as a tatty Tortoiseshell!

Monday 8th October 2012
Up at 5:00am!  (went bed not long after 8pm, mind).Had made some dough and put it in fridge night before to see whether could make cobs in morning.  So got them out to bring em up to room temp.  Went a 3.5 mile run,

Had a play with Strava.com 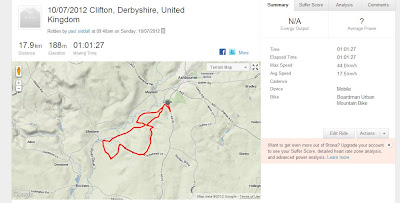 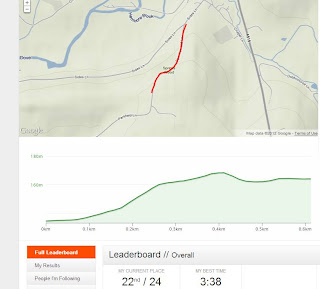 Tuesday 9th October 2012
Really tired this morning - didn't get up til almost 6am.  Did Phil's packup then out for a quick blast on the Boardman.  Jeez, talk about cold - down green lane near the river it must have been close to freezing - will need to dig out the gloves I reckon.
http://connect.garmin.com/activity/231630092

Went to a group in Eckington - very good.

Then did five miles on the bike - nice steady stuff, forgot to stop the watch when I fetched the paper so it looks a lot slower than it really was.