Monday 27th November 2017
Up early, waited for everyone to wake up, shave and shower then down for breakie about 8:15.  Missus went shopping then we drove back up to the shire.  All good stuff.  Did a bit of tinkering up in the attic.  Still work to be done.

Thursday 30th November 2017
No idea what I was doing.  Very poor.  Did some work on the tennis ball drum floor in the attic to reduce noise coming down through the floor.

Friday 1st December 2017
Up early, the usual.  Got a load of stuff done at work, picked Lucy up on the way home.  Got some wood from Homebase and then finished off screwing the floor together.   Got the balls down fastened to sheets of card.  Carpet over top of floor.  Got electronic kit back on top of it.

Saturday 2nd December 2017
Up early.  Dog walked papers fetched, the usual.   Missus gone to Burton so I did a bit more up in the attic, did a bit of drum practice too (although not enough!).   Put new rim onto bass drum it's an improvement but still not quite ideal. 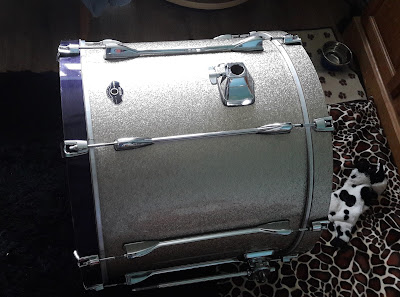 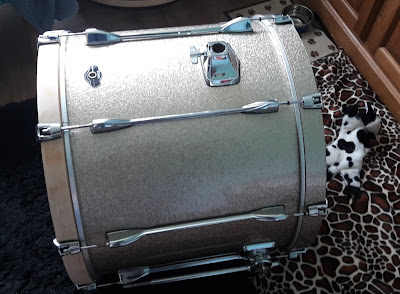 Practice with new band at 3pm finished by 5:30 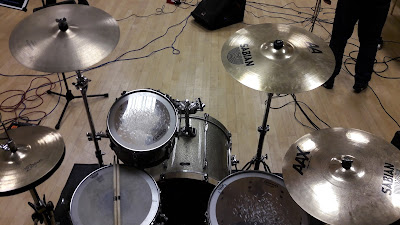 Over to Darley Dale by 7pm, just in time for whisky tasting, parked at Two Dales.   Got away about midnight, I think, walked back over to Whitworth Road and slept at Mum and Dad's for first time in thirty years I think!

Woke up about 4:30, walked back to Two Dales and got car drove back to Bohain, good job too as alarm wasn't set right. Did a couple of jobs then back home for about 6:30, read papers and what have you all good.

Sunday 3rd December 2017
As mentioned above back home for 6:30.  Lots of coffee.  Did some jobs in greenhouse, got a load of daffodil and assorted bulbs into ground all good stuff.  Took dog on what turned out to be a big walk! Missus back at 4:30, quick tea then up to the Shoulder of Mutton for pub quiz.  We came second to last but at least not last!!!  Ha ha!  So to bed, asleep in about ten seconds.

Monday 20th November 2017
Still a bit of a shadow from Carl's funeral but perking up a bit now.  Up early dog walked, papers fetched.  Busy but quiet day in the office.  Picked up a Big Dog straight cymbal stand for not very much on way home from just north of Lichfield didn't take too long.   After faffing about with fitting new snares on the really old Premier 2000 snare drum for hours I gave it to Phil and he did it in five minutes but still don't know what he actually did!

Tuesday 21st November 2017
Busy and long day at work then off to Pride Park for the footie.   Parked in Intu which worked brilliantly.  25 minute walk to stadium I think and straight through traffic on way home.  People parking on Pride Park must be wappy.  Anyway, DCFC beat QPR 2-0 but it should have been about 5-0 Derby keep trying to walk the ball into the back of the net instead of just blasting the ball in like they should be doing.  Never mind it's 3 points.  Got home about 10:50 in bed for 11:20 after a coffee. 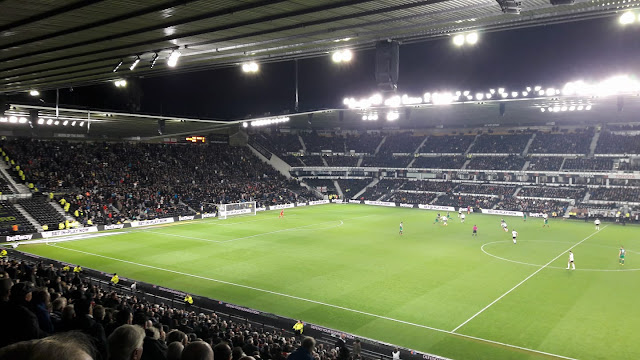 Wednesday 22nd November 2017
Up late - 5:56am!!!  Yikes consequently everything a little bit behind.  Nay matter.  Busy day then collected Defibrillator leaflets what I done for the Parish Council.  Parish Council meeting at 7.30 done by about 8.30 - world record!


Friday 24th November 2017
Busy day at work, got home, had tea then had to go back to work to sort something out.  Fortunately I just got to work before 8pm so missed the A38 getting closed for roadworks so that was good.  Back home for 10pm all good stuff.

Saturday 25th November 2017
Up early as usual.  Bit of snow down, dog walked and what have you.  Golf cancelled at 9:30 as course closed.  Pottered about doing a bit of this and a bit of that.

Sunday 26th November 2017
Up early.  Nipped up town to get some money, grabbed a paper for Missus Sid, off to that London about 8:45.  Made decent enough time all things considered.  Parked up and onto the underground headed for Covent Garden. 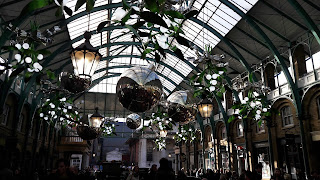 Back and checked into the hotel about 3pm, walk down the road to J J Moons for dinner/tea whatever.   Back to hotel for half an hour then off to the Albert Hall for Phil Collins - all good stuff.

After show we walked down to South Kensinton, passed all the mueseums etc, took circle line to Paddington then Bakerloo back to hotel at Wembley Central - all like clockwork - Phil in charge of navigation, bed a bit after midnight
Posted by Paul at 08:10 No comments:

Monday 13th November 2017
Trying to finalise a leaflet for Parish Council went to get a proof from Ashbourne Secretarial and Printing Services - looking good.

Tuesday 14th November 2017
New starter in my team so a different sort of a day!
Have bought a bass drum hoop to replace the horrible purple one - it's a bit battered and needs a lot of sanding.  such is life

Wednesday 15th November 2017
Up early.  Dog walked papers fetched, Lucy woken at 6am.  Doing an induction at work.  Got away at 4.15 got to okay final proof of leaflet - it's now been okayed for print run.  Tea then spent a load of time looking for Lucy's exam results.  Watched another episode of Angelby.

Friday 17th November 2017
Funny day, up early, walk all the usual mullarky.  Mad rush at work.  Carl Summerell's funeral at Bramcote Crematorium.  Very Sad. He had an ace Dr Who themed coffin which he would have loved.  Met up with Bill and Craig who was in the band with (only Roger Van Driver was absent due to work committments) and talked about the old days - there were damn good times and damn funny ones too! 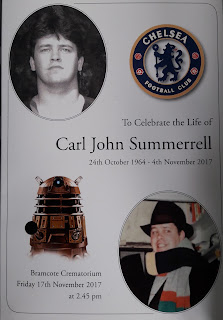 Saturday 18th November 2017
The usual. Dog walking.  Papers.  Faffing about in Greenhouse.  Couple of hours at the lotty.  Golf at lunchtime. 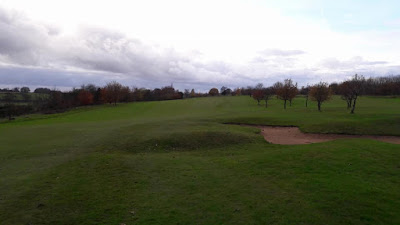 Sunday 19th November 2017
More of the same but with a bit of drum mucking about in too.  Car washing and other jobs at the homestead.  Missus gone off footballing with Lucy.  All good stuff and so to bed,.

Monday 6th November 2017
Up early,  proper cold minus 2 outside fortunately Phil was told he was on gritting duties so I put a cover on the windscreen which saved me a bit of time. 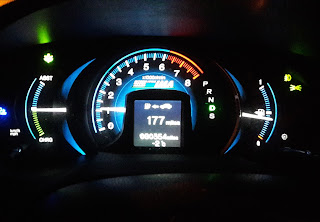 Into office for 7.30, busy day.   Got home about 5pm - Phil borrowed stepladders on Sunday to get gritter lorries windscreens clean but not brought it back so couldn't go into the Drumattic. Ruddy pain.  Phil brought me a bit of tube home though so have been able to sort a cymbal arm I've had waiting in readiness.  Discovered series 2 of Jordskatt on the ITV Encore so got another batch of crazy Scandi drama to watch! 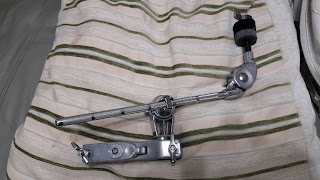 Phil brought stepladders back so got back up in Drumattic for an hour although only did a tiny bit of playing - practicing Sweet Emotion by Aerosmith.

Thursday 9th November 2017
Up at 5.10, first into car park at Work, which was nice.  Picked Lucy up from school at 5pm all good stuff.  Did nowt but watch concert videos and take dog out for walks (again).

Friday 10th November 2017
Count Arthur Strong tickets available today at 10am.   Trying to make mind up whether to go for Derby or Buxton - Derby is on a Sunday so less chance of a gig - think I'm going to give there a try 10 minutes closer too.  Got Tix for Buxton all good stuff.

Saturday 11th November 2017
The usual, papers, pottering in Greenhouse.  We sorted the bird feeders out. Then golf at 12:20.  Played abysmally to start off with but made up for it with a two on the 9th after a 180 yard uphill five wood and a 2 foot putt.   The two was worth a whole £4.30 but at least I got me entry fee back and 70p to spend.  Whoop 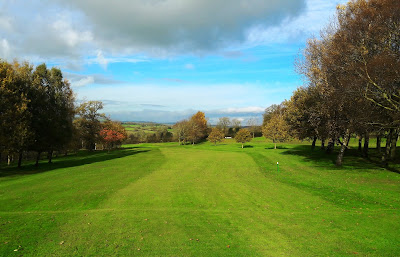 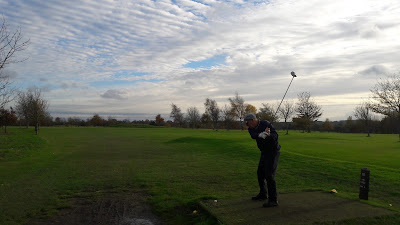 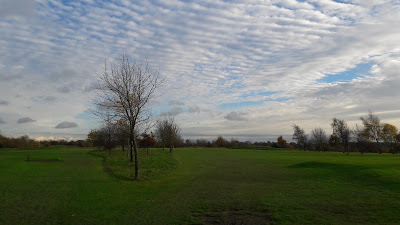 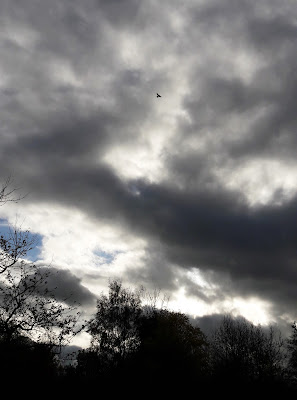 Sent a picture of the bird-feeders off to Doug. 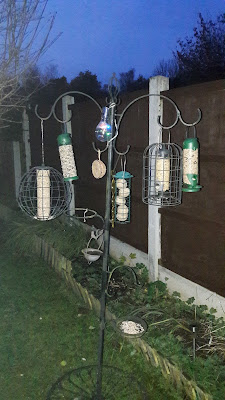 Sunday 12th November 2017
No idea what I did but did get down to lotty for a couple of hours.  Took bean row down on number 7, got all the spuds pulled out of the ground - found from me dad I need to cover em up so frost don't get to them - never mind been a mild week so hopefully

Went a walk with Lucy and pooch to get pictures of trees.  Good stuff. 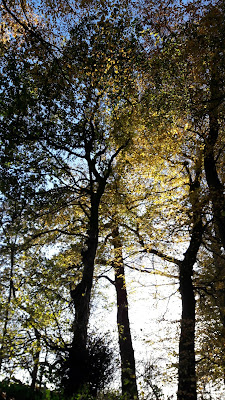 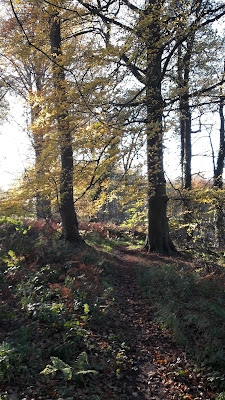 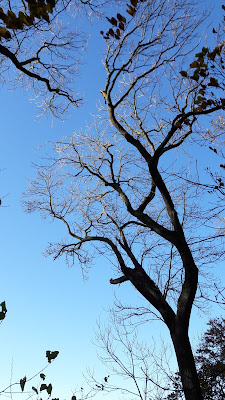 Over to me mum and dad's for tea.   Stopped at Rowsley Retail Park on way - very cold and I had dog so stood outside 4 shops then decided to head back for  the car!!  Very nice tea and then back home for 7pm.  Bit tired. 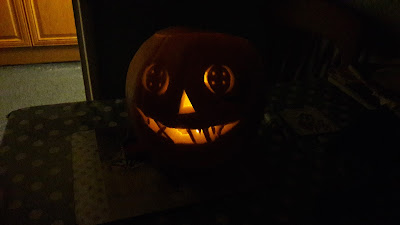 Did a bit in the drum attic.


Tuesday 31st October 2017
Back at work.   Did a bit in the drum attic when got home - didn't go down well with the boss of the house.

Friday 3rd November 2017
Work then gig at The Olde Royal Oak, Burton.  Poorly attended - put it down to bonfire night. 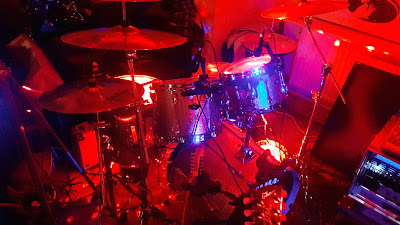 Saturday 4th November 2017
4 hours sleep then up with the dog, papers fetched and then off to Belper for dog's haircut.   She was not impressed but she's nice and tidy, now. 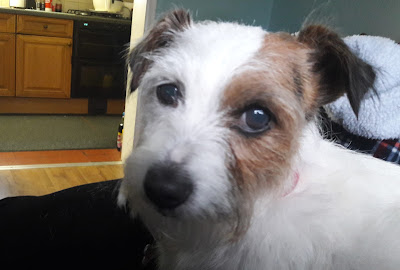 Rehearsal with new band at Horsley Woodhouse at noon - I was a bit knackered to be honest but it was okay.  First time I've had the kit set up in the full 2-up, 2-down format and liked it all though it's a bit of a reach round to the right. 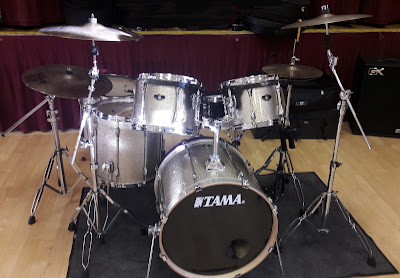 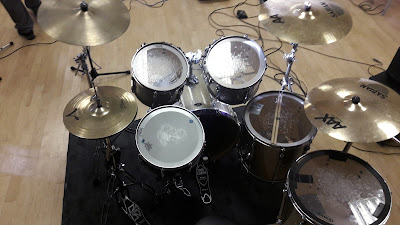 Found I'd got a foam insert for one of the Evans EQ bass drum heads I had left over so I've adapted it to be like one of the Remo Muffle O-rings on the big 18" floor tom - looks a bit amateur on picture above but have sorted it out since.

Set off home at 3.13pm and found Derby were already 2-0 down to poxy Reading.  Crikey blimey O'Riley.  In the evening went to a birthday/bonfire do at Beresford Dale which was okay.  Was ready for bed by time got home.

Sunday 5th November 2017
Did some drum related jobs.  Sorted out the o-ring on the 18" floor tom - it needs tuning against the 16 when I have time but it will do the job nicely I reckon. Sorted out the cowbell post that I found had fallen to bits since last gig - got a locking nut on it now so shouldn't be a problem going forward.   Cleaned all the fishing rods to get the saltwater off them - did the reels last week.   Missus went off with Lucy for football at lunchtime - they came back and got a 3-3 draw with Becka Rippon getting a hat-trick.   Good stuff.

Got Phil to drop me off down the lotty with the dog.  We did a little bit of tidying up and got red cabbages, onions, spuds, last courgette, last couple of butternut squashes and a punnet of raspberries (in November??)

All good stuff went to bed a bit early as was utterly knackered!