Saturday 5th March 2011
Back giving me a right load of jip in the night. Was really uncomfortable on train coming back on Wednesday and it's got no better in the meantime so didn't sleep well at all. Anyway, got up fairly early, did a good run up town and back at 8:59/mile - seems like the watch hasn't downloaded the details for some reason?
Nine holes of golf at lunchtime in the miserable drizzle - steady 4 over 39 off winter tees. Details
Friday 4th March 2011
More trouble at the mill today but not to worry. Walked up town and back steadythis morning. Lost 3.5lbs at Janet's group last night - a steady start considering last weekend. Details
Thursday 3rd March 2011
Couldn't get up til 6:00am, cream crackered - it's caught up with me. Quick run up town and back 2.5 miles at about 9:40 I think (Details). Off to work early.

Wednesday 2nd March 2011
Up early, bread on, run up town and back, off to Derby Station, new NCP car park only £5 a day - very good. Down to London on to TFM&A conference interesting stuff about social media, and messages. Quite interesting got some good ideas from it. Back to St Pancras and then back to Derby. Trains now have wireless in firstclass so you can get your emails done - connection is iffy in the extreme but am sure it will get better. Details of run.
Tuesday 1st March 2011
Got up early, set breadmaker off on dough mode, went back to bed for 1hr 20mins, got up and made rolls and then steady run up town and back. 9.3omin/mi was steady enough. Details

Monday 28th February 2011
The missus' birthday and Slimming World's CEO Tony Whittaker 70th. Happy birthday to both. Got up early to do bosskats cards and presents, then a quick run up town and back. 9:40/miles was sort of acceptable all things considered. Am at that age where a long drive seems to affect my legs the following day which is not good really. Will post details when watch finally decides to upload them.

Sunday 27th February 2011
Second day of a two day stopover in Anglesey. Bit of fishing, lot of drinking, not much catching, weather nice if windy. Missed DCFC beating Sheffield which would have been nice and England turning over France which would have been better - can't have everything. Couple of Pics below.
Stopped at Ty Newydd, Church Bay Always like it there - walking distance to fishing beach, nice people - can't ask for more. 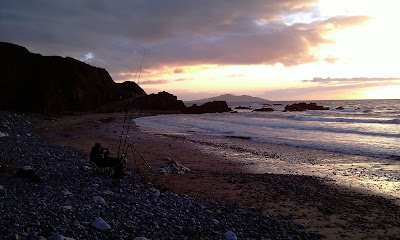 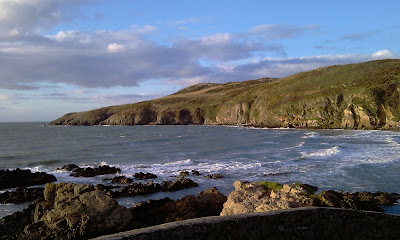 >>
Friday 25th February 2011
Joined group again last night - hadn't put on as much as I expected so that was good. Ran up town and back - 9 minute miles v good for me! Details
Thursday 24th February 2011
Been up since 3am. Can't sleep. Hot caramelly chocolate options thing at only 40 calories is helping though. Can't see that being much of an offset against the whisky I had yesterday - should have left that in the jar I think. Walk up town. Details
Wednesday 23rd February 2011
The older I get the more I've realise there are no happy endings. Brian Peter Siddall 1934-2011 rest in peace. We miss you.
Tuesday 22nd February 2011
Up early practicing presentation. Practice doesn't make perfect but it does make permanent is that mantra - did the best job I could and was pleased to get first slot so it was over and done with early doors! Run up town first thing - good pace as well for me. Details
Monday 21st February 2011
A bit knackered from yesterday. Ran up town and back. Details. Have got bread going for when family wakes up. Everyone off for school hols. I can't get time off unfortunately.
Sunday 20th February 2011
After yesterday's washout I needed to get out. As it was I managed 10.83 miles so near as damnit 11 miles but not quite. Not a great run but acceptable. Washed cars in afternoon, made some more bread then put me feet up. 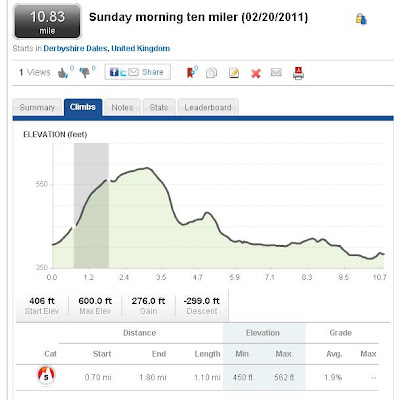 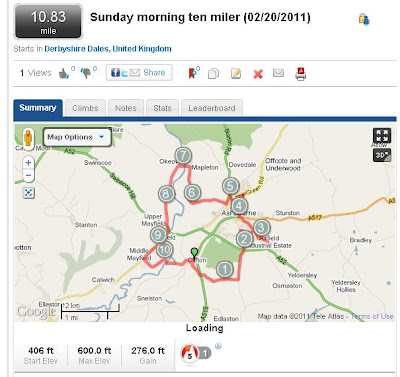 Saturday 19th February 2011
Up at 5am, did a load of work on XpressWeigh. Pee'd it down all night golf off, not going to go running in rain either. Was once stupid but am grown up now - no point in catching a cold. Hopefully weather will come good by tomorrow.

Friday 18th February 2011
Did badminton with Lucy last night and thoroughly enjoyed it. However it made sure my ankles were knackered this morning, I also made mistake of going out in old trainers that had had it really so my ankles particularly left one are even less impressed now. Details.
Thursday 17th February 2011
Still got a load of work to do but least did a run - 3.2miles at sub 10min/miles. Details
Wednesday 16th February 2011
Same as yesterday - a bit rubbish!
Tuesday 15th February 2011
Nowt done - been working from 4am.
Monday 14th February 2011
Ran up town and back - 2.5mile at 9:51/mi pace. Was okay, can still feel the pain in left hand side of chest but am getting a bit of confidence in it back and slept on right side for an hour last night which was first time in a week or more.

Sunday 13th February 2011
Nothing on exercise front. A sad day - we went to Nag's Head at Hulland which was nice but sad as my uncle, Peter Siddall would normally have been with us but passed away after a short illness on Friday. Very sad on all fronts, a really lovely bloke who will be greatly missed by us all.
Posted by Paul at 08:26 2 comments:

>>
Saturday 12th February 2011
Didn't sleep good again - pain is deffo muscular I'm 86.3% sure of that. Anyroad, took Phil to work at 4:30. Got home and then went back to bed for three hours. Fetched Phil back about 9:45 and told him about another very sad family bereavement. Golf at 10:20 we played okay, level par for front nine, then a nightmare 11th hole we dropped five shots on, a further two on the 12th and then the fightback began - John birdied 13th, parred 14th, I parred 15th, 16th and 17th. On 18th I hit a decentish drive and then blammed a three iron to the back right of the green, so far looking good but a short first putt put too much pressure on. The second putter was not far off perfect but the ball ended up behind the hole without falling in. We ended up with a shot under at 70 so another case of what might have been but at least we pulled it back. Details
Friday 11th February 2011
Same as yesterday but beginning to feel a bit better - still pain right under the ribs but think it's diminishing and the aching in shoulder is gone so think just something muscular. Will need to see if can swing a golf club tonigh or I'll be ringing John H to say I can't do tomorrow. Early start as well tomorrow.
Thursday 10th February 2011
Got up at 4:50, very tired but can't sleep so never mind. Going to do a mini run today as still got pain around sternum area. Such is life. Walked up town, ran back, not worth putting details up but I probably will when watch works!! Missed badminton as still not feeling nothing like 100%.
Wednesday 9th February 2011
Still a long way from 100% but never mind. Did a v slow 5 miles at 11:30 pace. Details. Left work early for Phil's parents meeting (used to be done in the evening when I was young, how things changes).
Tuesday 8th February 2011
Well, didn't sleep at all well, pain at top (not bottom) of stomach almost at sternum level. Haven't got a clue what it is but found can only sleep on back which I don't particularly like and consequently didn't have a good night's sleep. Thought caution in order so just waljked up town and back for a change to get papers. On the bright side (literally as Lucy would say) 8th February is first day I've driven to work without the need for headlights. Spring must be on it's way!!
Monday 7th February 2011
Went bed a bit after 8pm, up a bit after 6am. Only did 2.5 miles straight up town and back as very tired and had bits and bobs to do. No data as watch was saying on low charge - think am not switching it off properly. Never mind.
Sunday 6th February 2011
Started off well - slept 12 hours straight getting up a little after 8am. Got me stuff organised then out on road for the big run of the week. 2hrs 15mins later and 12 miles done - details here. Going swimming shortly - the target is 22 lengths this week, one more than last week. In the end we did 24 lengths in well under an hour so we're getting better, certainly felt like I was swimming more confidently which has to be good.
Posted by Paul at 12:01 No comments: