Monday 28th November 2016
Cripes last week of November already!   Kept waking up all neet.  Up at 5am.  Dog walked, papers fetched, woke Lucy at 6am.  Into the office for 7.45am  All good stuff.  Got home tinkered with getting this damned Alesis IO 26 working

Tuesday 30th November 2016
Up at the crack.  Minus 5 this morning!  Dog walked, papers fetched.  Set off at 7.20am to take Lucy and her mate Aiofe (pronounced Ether) to Wolverhampton University for two lectures on animation.   Had them in the reception for 9.20 so ten minutes ahead of schedule but traffic was a nightmare. 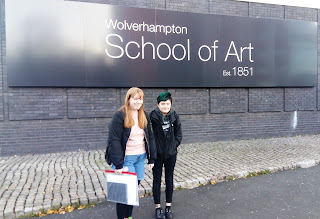 Drove back home for four hours - pottered about in greenhouse, tinkered with computer.  Went back to fetch them setting off at 2.30, got there in loads of time, parked in Asda car park, waited for them in Uni reception, brought 'em home.  All good stuff.

Thursday 1st December 2016
Funny sort of a day, up at the crack, got Lucy up, got into office dead early 7.30ish.  Supposed to have a practice but it got called off due to a lorry fire on the A38 slowing traffic down.   Borrowed a Mac Book Pro off Liz to try and make the Alesis gadget work - it wouldn't so I'm sending the damn thing back.

Friday 2nd December 2016
Over laid, up at 5:35.  Went and got papers with little dog - no Derby Telegraphs which got me into trouble a little.   Introduced Phil to the film Die Hard - now, it's Xmas

Saturday 3rd December 2016
Up okay.  Dog walked papers fetched.  Shopping in Uttox with the missus.  Did a bit at the lotty.  Gig at the Black Horse, Endon as a three piece - survived it - all good,  Car crash outside the pub but not in it which is always a bonus in my book!!

Footie with Lucy for a bit - right cold up at Osmaston though.   Bed a bit earlier but not really early enough.  Watched a rubbish film recommended by Phil called The Squeeze.  Not up to much in my view,

Tuesday 22nd November 2016
Went through the floods to drop something off me mum and dads.  What a nightmare.

Wednesday  23rd November 2016
3rd(?) Rehearsal with works band - got a crack in windscreen for me troubles.

Sunday 27th November 2016
Up early.  Dog walked.  Did an hour down the lotty.  Buxton for footie, we could only stop til half time as we had a meal booked at the Ketch for 4pm which we would have made easy if we were at Osmaston which was where the game was supposed to be.   Never mind, top tea.   Bed early.

Funny Week - not had anything of note to report.  Did a bit of IT Support for me dad Tuesday night,  Played in goal to help with training at Ashbourne ladies on Wednesday night.  Watched too much telly, walked the dog a lot as usual and that's about it!

Saturday 19th November 2016
Up early. Dog walked.  Did a bit of getting drum stuff ready for gig tonight.   9 holes of golf in the afternoon.


Chippie tea then set off for gig at the Navigation, Burton-on-Trent which went okay but still one or two songs are a bit rusty.   It'll come and we went down a storm and got a repeat booking so all good stuff.

Sunday 20th November 2016
Up at 7:30 (after going to bed at 3am!!) - dog walked then did a ton of stuff getting me greenhouse sorted out. Next year my automatic watering system will work like an absolute dream so it will.   Also fixed me expensive home computer that I gave up on a couple of years ago - not sure quite what fixed it but took the expensive graphics card out, connected it up with the on-board graphics adaptor - that didn't work so I put the expensive card back in and hey presto, the bugger starts working properly again - work that out!!?!!??!!   Anyway - dead happy to see that going again as am going to need it in a few weeks for the next project!!!    Missus was doing a tombola up town so took Lucy up and had a few quid on that - managed to win some shaving balm and some new shinpads for Lucy so all good stuff there!!
Got home had a play on me fixed pc and bed at 9:30pm to catch up a bit on the old sleep!


Tuesday 8th November 2016
Up at 4:50, paper fetched and dog walked early doors - had to scrape car, it was -3 this morning. Proper cold.    Someone posted a bit from the Matlock Mercury on FB apparently the paper was published before the poster was born!   I can't even remember ever playing the Northwood with Big Lix which seems strange. 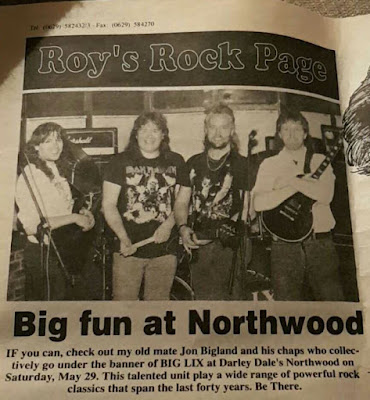 Wednesday 9th November 2016
Up early, dog walked, bit of grief at work.  Home for about 6pm, Lucy practice at 6:30.   Played in Goal for last ten minutes and was whooped on a regular basis!   Never mind.

Thursday 10th November 2016
Up early.  Dog walked papers fetched.  Usual gip at work.  Practice after in Pleasley.  It will be alright on the night one hopes!!

Friday 11th November 2016
Up a bit late at 5:20!!  Phil gone gritting already - can always tell by the amount of lights left on downstairs.  Dog walked papers fetched into the office for 8am.  All good stuff.  Missus out and about in the evening so got an hour of practice done up in the drum attic.

Saturday 13th November 2016
Up early dog walked, papers fetched.  Piccy B brekko.  9 holes of golf mid-afternoon on me tod.  Gig in Long Eaton, back home 2:00am Bed an hour later!

Sunday 13 November 2016
Up at 7:30.  Dog walked, bit of snap then off to Darley Dale to move a table at mum and dads. A bit more snap!!  Back home.  Did a bit in the greenhouse getting insulation sorted.  Quite a mild day.  Ran the line in the afternoon - only made one cockup but never mind - no-one else is volunteering to do it.  Two minutes silence at start of game. 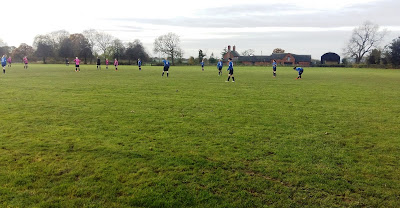 Monday 31st October 2016
Up early.  Dog walked, Gave Lucy a lift to school.  Full on day - lots of interviews all good stuff.   Back home for 6pm.  Lucy and Boss went to group, I had a look at the D4 and whether the backlighting on the display could be fixed - it can't so going to get some sort of a reading light to overcome that problem - not paying £40 to put a new display on it when it's only the backlighting not working.

Wednesday 2nd November 2016
Up early doors.  Dog walked papers fetched.  Busy day at office, review meeting and one interview who was a no-show.  Have lost me reading glasses and it's driving me mad.

Thursday 3rd November 2016
Am ordering some reading glasses so I am.   No option - going to get two pairs!  As soon as they arrive the old pair will no doubt turn up but can't be helped. First Xmas band rehearsal tonight.  Very interesting - an old battered kit but a very expensive double pedal and snare drum - makes no sense at all!! 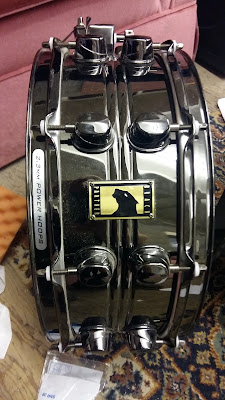 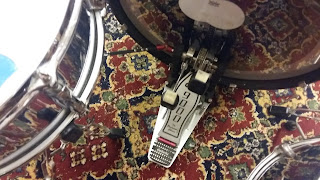 Friday 4th November 2016
Up super early due to Phil not knowing where his driving license is at 4:30 in the ruddy morning. Never mind.  Dog walked - had to do a second pass as papers hadn't even been delivered when we were up town.  Got into office at 7.30, left a bit after 4pm.

Saturday 5th November 2016
Up early, dog walked, papers fetched the usual.  Did a load of work in the greenhouse getting rid of all the tomato plants.  Also got some L brackets drilled a bit bigger to I can fasten them to the greenhouse - have put a long pipe to hang the insulating bubble wrap over which I'm hoping will make it much easier going forward to move up and down.

Then dropped off a card for niece-in-law, Donna, got some petrol, got the missus some bananas as you do.   Then went to the closing down Doveleys Garden Centre - got eight 50l bags of compost for £20 ready for next year.   No golf but walked up to the clubhouse and gave em £165 for Winter golf/.   Got the wee dog a 2 mile walk into the process.  All good.   Didn't do a great deal after that - fetched tea at about 6pm then spent most of the night trying to keep the dog calm.  Hours of fun. Missus gone to see Bastille at Nottingham, stayed up til she got back at 00:30!

Sunday 6th November 2016
Up early, walked pooch.  Did a bit more in the greenhouse emptying more pots - talk a load of dead compost to the recycling centre then went and did a bit at the lotty until 11:30 when it started raining.  Lucy got football at Matlock (third time this season - saw the Daltons again - all good stuff) - ended up losing 1-0 but deserved better.

Back home for about 4:30 - right tired - had a drink or two then fell asleep on sofa!!   Never mind.  Phil ill in the night bless him.