Monday 23rd May 2016
A bit achy today it has to be said.  Up before 5am.  Took pooch out early doors.  Work after dropping Lucy off for her exams.  Into the office for about 8:30.  Out of the office at 3:30 to take some stuff down to Storeship so got home a bit after five which was okay - unbelievable rain on way home slowed down to about 30 mph on A38 - got other side of it and it was dry as a bone when got home.

Had tea did a load of mowing.  Was going to cycle2work Tuesday but realised I got a hell of a lot to do before Friday!

Tuesday 24th March 2016
Up at 5am.  Dog walked - got stuff ready for lottying tonight.   Got mowing and a ton of stuff to get in the ground.  Got strimmer in car so going to stop off at lotty on way home.  Strim and mow then home for tea and then down lotty again with the pooch to do a load of planting of stuff.

Didn't go straight home after work - went to lotty first - mowed and strimmed.  Back home for 7pm for tea.  Dog walk.  Back down lotty at 8:30 - planted the beetroot, some brassicas and the sweetcorn.  Have still got loads to do before hols - bean row, weeding, outdoor cucumbers, marigolds etc.etc.

Wednesday 25th May 2016
Up at 5.15 - lie in - dog walked up town for papers then stopped off at lotty on way back - went and put some slug pellets down round the sweetcorn etc.   Time is running out!! Got home. Tea. Dog Walk.  Down to Lotty.   As it was raining I decided planting wasn't appropriate so got bean row on 13 pretty much set up apart from running out of canes.

Thursday 26th May 2016
Up before 5am!!  Yikes.  Dog walked from the Rec to paper shop and round.  Back home, got sunflowers out of greenhouse.  Got Runner beans and French Beans out of Greenhouse have got a whopping big tray of stuff to plant over next two days come rain or shine!!  Into the office for about 7.50am.

Friday 27th May 2016
Off on hols - got a row of cauliflowers into the lotty and did a load of digging and stuff.   Set off about 3pm got there 7:30/8:00pm always a nightmare going these days!

Monday 16th May 2016
Up early.  Dog walked, papers fetched.  Greenhouse done and into office nice and early.   Got out a bit earlier due to taking stock to Storeship.  Picked up fixed Boardman from Halfords - £18
Tea and then down lotty with the dog - two birds with one stone and all that.  Got a load of brassicas in the ground.  Watered everything. Did a load of weeding.  Got all the missus weeds from Sunday into a bag.   Pleased.  Back home, up in the attic - got new instant tent down.  Set electronic kit up in the attic.  Ace.

Tuesday 17th May  2016
Cycling to work day.  Up at 5am.  Dog walked - had a walk near the lotty.  Then off to work on the bike.  Really tired today and it seems my seat is way too low (perhaps in comparison to the Giant but I will be adjusting that bugger come lunchtime.

Got home took ages on the Boardman - think I might be using the Giant a bit more in future!!  Derby County at Hull with a three goal deficit to recover - came up short at 2-0 but restored a bit of pride.  Never mind, always next year.

Wednesday 18th May 2016
Up at 5.15am.  Dog walked, measured up the missus car and like Derby I think it's coming up a little bit short!  Such is life.  Into the office for 7.50am  got clothes swapped round ready for the next Cycle2Work Tuesday!


Thursaday 19th May 2016
Into the office early as I'm finishing at lunch time.  Whizzed off to Darley as me and me dad had to fetch a whopping big heavy table he's bought - it's a John Lewis Burford 6-8 seater dining table and it's stunning.  It's missing a bit unfortunately that we'll need to replace.  Hopefully John Lewis can help. . 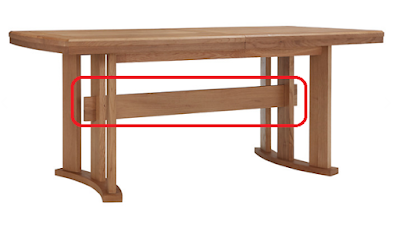 Friday 20th May 2016
Woke at 4am thought ooh, I can have another hour, woke up at 6.10am late!!  Got Lucy up, took pooch got off to work in for 8.10am which wasn't a bad effort all told.  Pub quiz after work - we come third which was very good indeed in my opinion.


Saturday 21st May 2016
Up early, dog walked papers fetched. Did a bit a the lotty.  Weeding - got first lot of beans in etc.etc.  Had tea watched a bit of fa cup final - Crystal Palace robbed by a poor ref in my opinion. 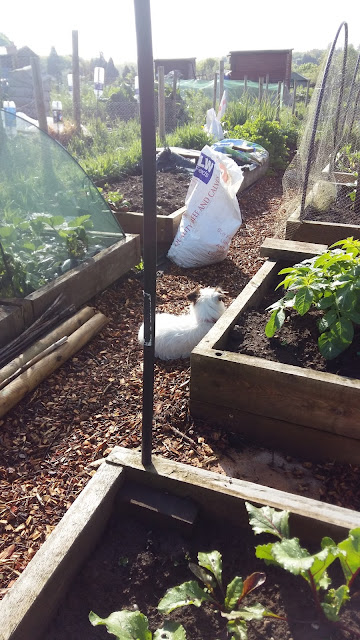 Did a bit of homework!


Sunday 22nd May 2016
Bag of nerves today got an audition with a power metal band.  Woohoo.  Got through with massive blisters on me thumb but need some work to get it together - lots of songs with lots of complicated bits in em.   Never mind.  Got the kit into the little car which is good!  Lunch over at mum and dad's before going to the rehearsal back for about 7pm absolutely cream crackered. 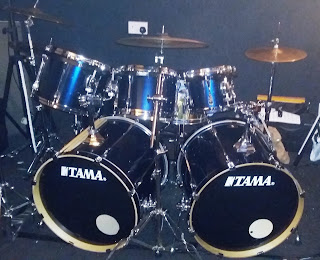 Monday 9th May 2016
Up early, tired still - hot night no likee.  Dog walked and back home for 6.10am.  Game of Thrones with additional tiredness.  Got to office for 8.30 after being stuck on A38   Never mind.  Global Cycle2Work day tomorrow so got Boardman out and found disk brakes had siezed so will be taking that to Halfords for a sorting.  Got Giant down and tyres pumped up and went out for a spin on that just to check it was alright - brakes are a bit wafty compare to disk brakes but it's okay in general.  Went up to lotty and did a bit.


Tuesday 10th May 2016
Global Cycle2Work day - ace.  Up at the crack.  Pooch walked, papers fetched.  Off to Belper.  Cycled in not too bad.  Good day in office then back home on the bike in the pouring rain - absolutely drenched by time got back to car but by crikey that Giant don't half go - 11 minutes quicker going back (more downhill than uphill and a slight tail wind!!).

Wednesday 11th May 2016
Up early. Dog walked.  Dropped some toms and some runner beans off at me mum and dads. Work. Group - a pound off after two weeks of 2lb gains.   Dog walked, Did a bit in Greenhouse.

Thursday 12th May 2016
Up early. dog walked.  Work. Home.  A bit of moving stuff about in attic.  Did a bit on lotty - number 13 almost sorted - need to get 7 finished off double quick next?

And it all breaks down at the first rehearsal, got the muse in my head she's universal,

Saturday 14th May 2016
Got some good stuff down the lotty - nearly there.  Got papers fetched and pooch walked.  Got back for the match - Derby whooped at home by bloody Hull.  Hmmppf   Never mind.  Had a drinkie or two and not bothered!  Really. Not bothered.  Be and the boss put a port hole on the new bass drum. 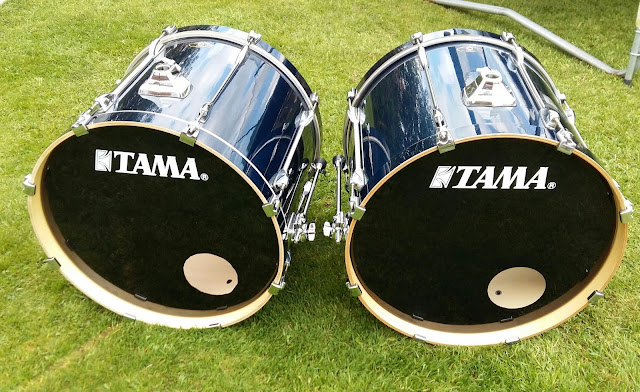 Sunday 15th May 2016
A bit more down the lotty then over to The Cross for dinner, very nice indeed   Got last lot of greenhouse peas in on number 7 and got bean row up on number 7.  Not sure whether have got enough beans but we'll see. 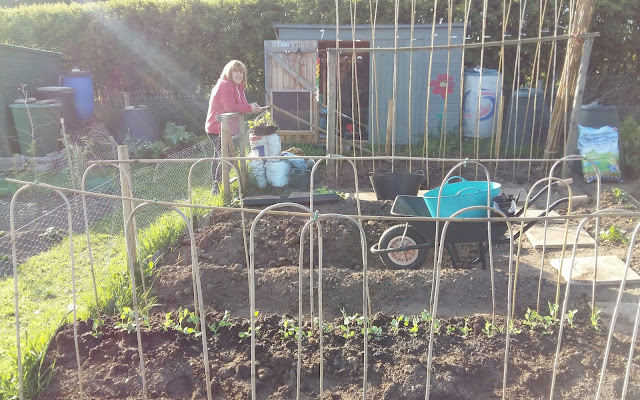 Monday 2nd May 2016 to Sunday 8th May 2016
Was so busy I didn't do any blog updates last week at all.  Top news is that Jon Snow is alive!!
Did a few bits of lotty.  Did midweek mowing which might be the future (not sure).  Did some invites for me mum and dad which is good.   Put 2lbs on which is bad (but weighed Friday morning and I never weigh good mornings).

Went to a pub at Hulme End on Friday which was nice - saw a massive hare on way home.

Took pooch for grooming on Saturday.  Bit more Lotty on Saturday afternoon.  Got three big pavers taken up and finished off paths in number 13,


Then got a load of good stuff done down the lotty once everything had cooled down a bit.

That's all I can remember.