Monday 23rd January 2017
Up super early and into the office for 7:30.  New regime.  Back home about 5pm - new regime.  Been up in attic did a bit of tinkering with drums and the recording gizmo.  Very clever stuff if I do say so myself.


Thursday 26th January 2017
No recollection of Thursday apart from attending a council meeting and giving the DDDC some jip regarding their handling of a planning application.

Friday 27th January 2017
The usual plus went out for a meal at The Bluebell while Derby drew 2-2 with Leicester City.   Not a bad result and a shame to concede the draw with only minutes left.

Saturday 28th January 2017
Golf cancelled as absolutley chucked it down - did a few bits and pieces - cleaned both cars inside and out and then a gig at Burton to finish off. 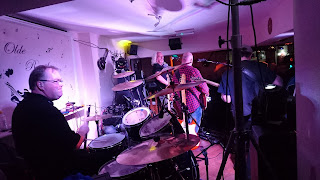 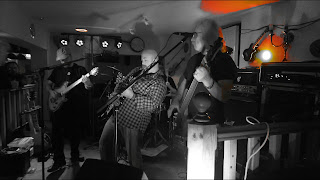 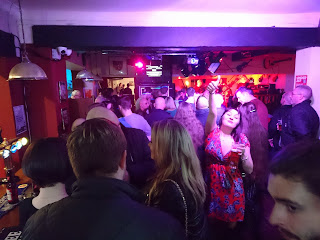 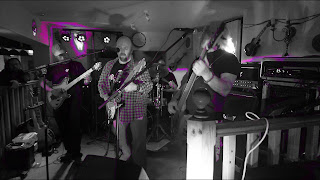 Sunday 29th January 2017
Up at 7:30, walked el pooch. Did some more bits.   Over to Derby to get some prints from Costco in Derby - didn't buy anything else as they didn't have owt else that we wanted!!!

Monday 16th January 2017
Up early doors considering.  Not so much of a rush as have got to take Lucy to school but still up at 5:30.  Dog walked, papers fetched, in the office before 8:30am   Lots done then took a load of stock to a local company and then back home for about 5pm.   Watched Sherlock again - better second time around.  Also did a load of stuff with snare drums and tunings - I've got a Premier Project One 8" snare from the 80s that I don't use and apparently they're now worth £300 so might well be selling that baby in due course.


Tuesday 17th January 2017
The usual I would imagine! Did a bit of tinkering with midi stuff when got home.

Wednesday 18th January 2017
Total misfire - didn't get up until 6.15am but still got into office before 8am.  Back home a bit after 5pm Footie Practice for Lucy. 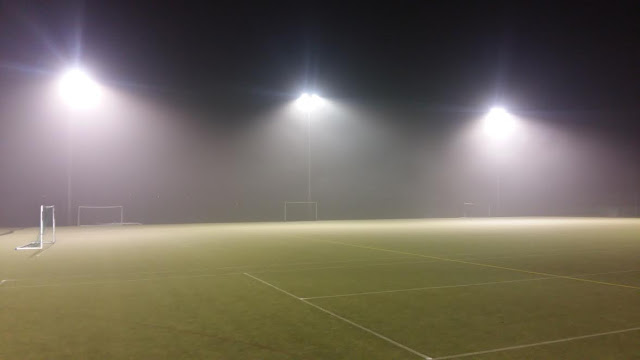 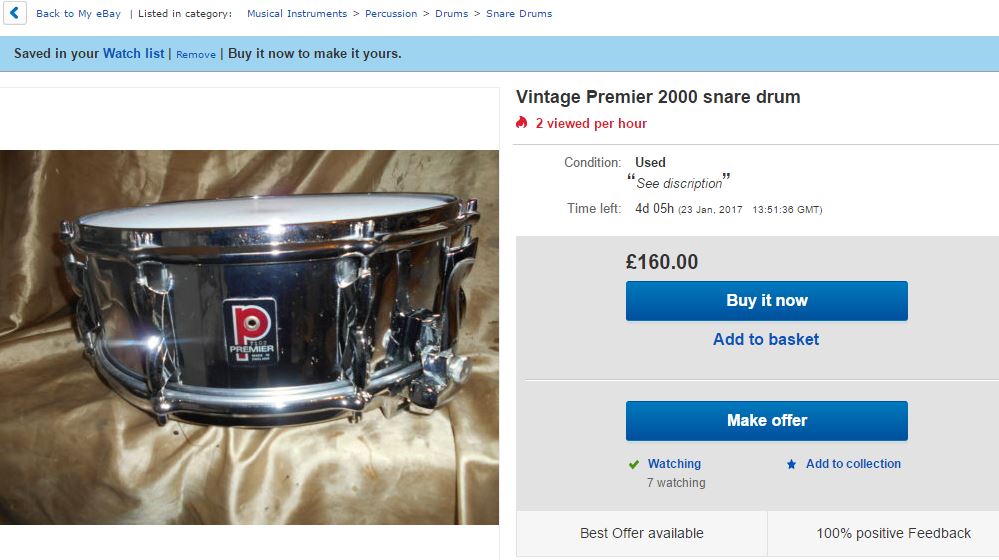 Got home about 5:30, tea and dog walks.  Watched the newer version of the Jungle book on Now TV and it was grand.  We are saving a ruddy fortune switching to Now from Sky.   One of the best things I've done!


Friday 20th January 2017
Up at the crack of dawn, Dog walked and into the office for 7:30am.   Impressed with mesen!  Got home in good time - dog walk watched a bit of telly bed early enough.

Saturday 21st January 2017
Up early dog walked, 10.15 waiting for the bus to Derby.  Derby for about 11.15am off to the Standing Order - DCFC vs Reading day - ace fun.   Went to Silk Mill after Standing Order and finally to the Waterfall before hightailing it to the match.  Derby beat 3-2 so you can't ask better than that!!

Bed early after watching some tat on the telly as Lucy had a sleepover guest in the form of the Grace Bill.  High maintenance that one.


Sunday 22nd January 2017
Up early.  Dog walked, coffee on all good stuff.  Fitted a USB3.0 port to the big PC for the old recording studio mullarky.  Football with Lucy in the afternoon.  They lost 3-1 but had some great chances.

Monday 9th January 2016
Well up really early, dog walk papers fetched, off to work early.  Car engine screws up on A38.  Spark plug fallen into cylinder or something like - second one this has happened to me on.  Got towed to Garage into the office for 10am!  Great start.  Got home a bit after 6pm did some tinkering with me new recording gadger - ace fun.

Tuesday 10th January 2016
The fun continues - came down bare foot and trod in something Lily dog had left behind for me so that added 10 minutes of lovely cleaning to the job before setting off and getting papers.  Got into office in good time though all things considered.

Wednesday 11th January 2016
Wind blowing a hoolie all night - mucked up me shed roof a bit but have put a ruddy great big weight on it to hold it down.

Left a bit earlier than normal to fetch some stuff from John Pye in Marchington - got a music stand, a microphone stand, a projector stand and a pedal board for £15.84 the lot.

The Konig and Meyer mic stands retails at £30 https://www.thomann.de/gb/km_2012_mikrofonstativ.htm

The Windsor music stand which was the main thing I was after retails on Amazon for £11 so for an extra £4 I've got a ton of stuff which I am hoping I can recoup the spend on Ebay with!!.  Also got a number of a Neewer NW-882

Watched Death in Paradise and Elementary on the box - pooch started whining five minutes from the end of Elementary as she always does bless her so had to have a 20 minutes intermission.

Thursday 12th January 2017
Up at 5.20.  Dog walked, papers fetched, into office for 7.42 not sure if I can get it any earlier but I might try!!   Got home after a really intensive day.  Got me tax return done which is a weight off me shoulders.   Did a form for Lucy too - did a bit

Friday 13th January 2017
Friday 13th!  Marvellous.  Sprinkling of snow on the ground - small dog does not like it.  Got papers got into office first as usual. Nice, nice, nice.  Busy day, got out of the office at 4.30 though which was nice.    Watched "Our Brand is Chaos" on the box which was alright. 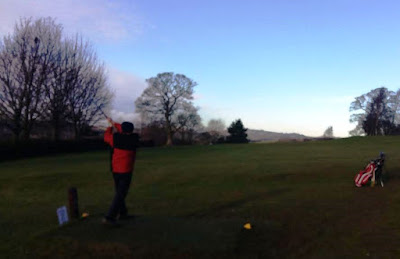 Gig at the Bentley Brook Hotel for the Texel Society (Sheep breed) which was rather bizarre - played well though got back home for 2am, 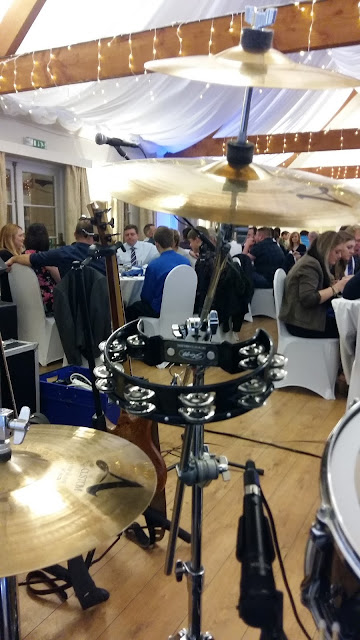 Sunday 15th January 2017
Up at 8:30.  Dog walked!  Pottered doing stuff in the attic and Greenhouse.  Strap broke on my 100 year old cymbal case last night so finding stuff to fix it with.  Watched a bit of telly.  Went walk up golf course and got eight balls - I will never ever run out of golf balls.

At 7:30pm took Lucy and Grace to see Sherlock at the cinema - quite bizsarre - was worried it might be sold out but in actual fact there were only 16 in theatre and - sound was rubbish I thought.

Monday 2nd January 2017
Up early, feeling surprisingly fresh considering went to bed at 1:30am!!  Dog walked early doors - place is silent - marvellous.  Over to me mums in the afternoon for a party tea - all very nice.  Bed early to catch up a bit,

Tuesday 3rd January 2017
Up early.  Dog walked, papers fetched.  Lucy had her friends over for a sleepover so had the whizzo idea of fetching croissants that was quickly bashed back when found that Sainsburys weren't opening until 10am.  Bugger.   In afternoon went on a gritting run with our Phil - hours of fun!!   Got back dog walk then got a load of stuff put up into attic.  Am going to have a studio up there - that's my plan.

Thursday 5th January 2017
No idea what I did but I know I was work good and early and left about 5:30.   Dog walks no doubt and some learning of Jump of Van Halen.

Friday 6th January 2017
Friday, good job too.  Dog walked. Papers. Work. Left at 4.15.  Gig art the Empire, not the Royal Oak or Mayfield Village Hall.  Took some finding but find it we did! Load of songs thrown in at random Sweet Child O Mine by G'N'R', Trooper by Iron Maiden, Honky Tonk Women and a couple of others that have gone out me head!

Saturday 7th January 2017
Up at 6:30.  Dog walked.  Papers.  Took outside Xmas Tree Lights down - switched em off on 5th January so no bad luck (or less bad luck cause if it wasn't for bad luck I'd have no luck at all).  Hung em up to dry in Greenhouse.  This time next week am going to get em put in a box along with a four gang, timer and the transformer thangs.   Played a bit of golf at lunchtime scored 18 points for the nine holes played with three pars and chipped in for a two on the last.  Marvellous!!!

Sunday 8th January 2016
Up at 7:30 as was a bit tired. Tootled about a bit and then over to Uttoxeter for a bit of shopping with the bride.   Got a set (minus 5-iron) of Ping Eye 2 Irons for next to nowt - no good for me - they're red dot so very flat lie for a shortish person I reckon.  Still, should make a few quid on eBay. 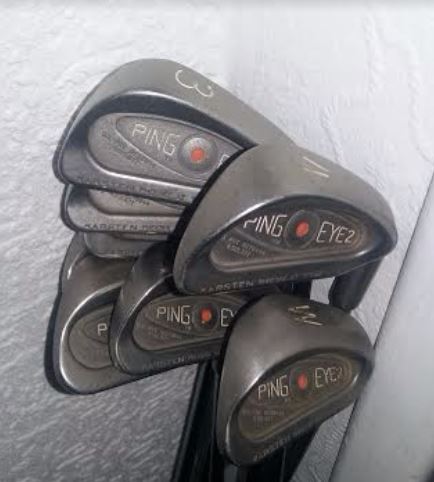 Back in time to go to football with Lucy.    Played okay but still lost bless em but had some cracking chances in front of goal.  Never mind.  Lucy showered the pooch for us when we got home as she'd got proper mucky all good stuff.

Didn't get to bed until gone 10:30 due to Sherlock issues.