Need to get back into the habit of blogging.

Lots happened but not captured it.  Such is life!  Didn't have a drop of alcohol in Stoptober though so that was sort of impressive!

12th October 2018
Gig at the Latch Lifter, Ilkeston - old stomping grounds but can't remember this pub being there 30 year ago - think it was a chapel back then! 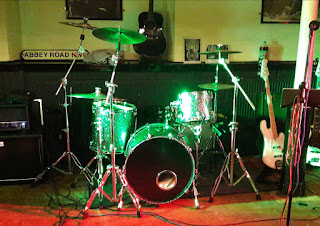 14th October 2018
Made a bit of a cock up and won a Gibraltar Rack on ebay with Cymbal Holders for a great price - the cock up was that it needed collecting from Formby - topside of Liverpool! 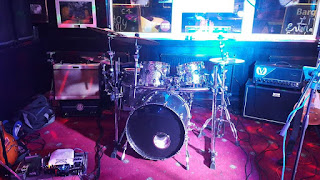 October 21st
Big Lix are doing a one-off reunion gig at the end of November so went and did a couple of tunes at their rehearsal. 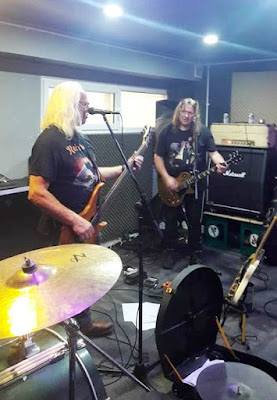 Biggest shock of the year happened in October too:- 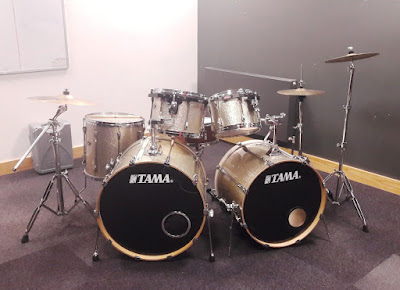 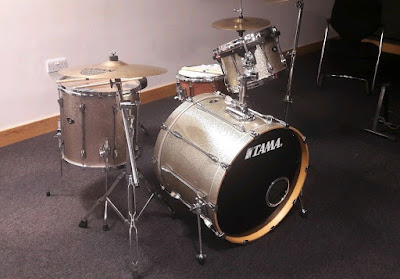 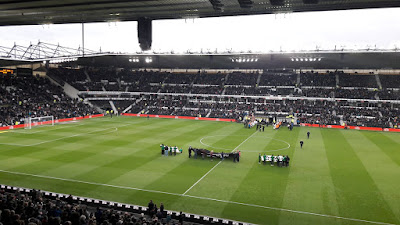 Tuesday 6th November 2018
Rehearsal with works band so had to swap the now-sold (but not collected) gold kit for one of the blue kits! 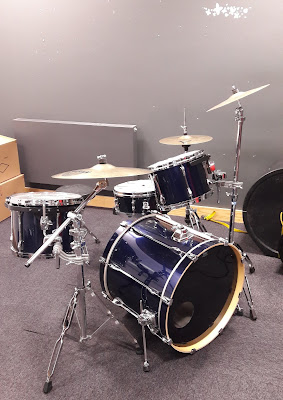 Friday 9th November 2018
An unexpected gig at the Tap N' Tumbler, Nottingham, went down a storm but very nearly broke me foot on an unseen step just before the stage.   Good night but back home mighty bloomin late. 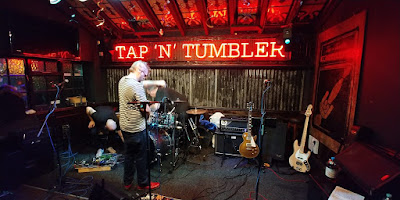 Saturday 10th November 2018
Got up, dog walked, papers fetched and then went back to SW Group in Ashbourne this time.  I've no intention of stopping to group ever just need to keep an eye on my weight, that's all.  Knackered all day so didn't do a great deal.  Gig at Chequers Inn, Breaston later so was psyching myself up for that!

Sunday 11th November 2018
Hundredth centenary of Armistice Day.  Attended the service at Clifton Holy Trinity Church.  I thought it was superbly done although the choice of hymns had me flummoxed.  Then over to me mum and dad's for lunch, even Phil came - very nice indeed.    No red wine for me - back on it again after the Derby County Match.   Took Lucy back to UNI on the way home and bed really early to catch up on missed sleep!

Monday 12th November 2018
Up at the crack of dawn, 5:20ish.  Dog walked, papers fetched,showered, shaved etc and into work for 7.30am. Bad day at work.  Done something wrong big-style, that's life though and you learn from your mistakes (hopefully).  Back home from work for 5pm, off to Buxton Opera House to see 10cc with Smith and Brewer in support who were very good - should have bought their CD. 10cc were 10cc that is to say I really liked some stuff but not all of it.   The drummer Paul Burgess was superb,  what a player. 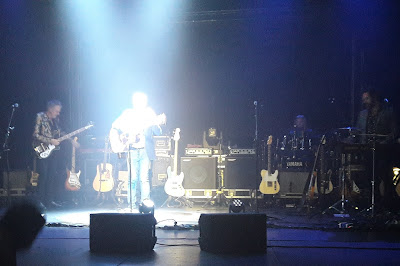 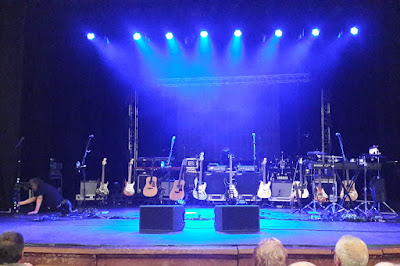 Tuesday 13th November 2018
Woke up proper knackered but work goes on. Dog walked, papers fetched, into work for 7.30.   Practice after work up until 6pm then off to Police Headquarters at Ripley to attend a Neighbourhood Watch AGM - had a pound on the raffle and won a bottle of Jameson - result!

Wednesday 14th November 2018
Didn't wake until 5:45 so a bit on the back foot.  Still got into the office for 7.30.  Haircut after work.
Have decided to upgrade my 'studio' computer to Cubase 10 - only £25 for me, cheap as chips to have the latest version.  Only downside is that it's a 15GB (fifteen Gig!) download so went for a walk for best part of an hour and still only 10GB loaded!  Never mind will finish off tomorrow.

Thursday 15th November 2018
Up early as usual.  No papers in yet - not a great start.   Busy day at work, nothing new there.  Rehearsal with work band after work.  Back home about 7pm.  Up in attic to set Cubase10 download off again.  Took dog a walk then went and did my 2 mile walk.  Got back and it was all downloaded.   Took best part of half an hour to install it and then the best part of an hour to get the interface to the Zoom UAC-8 device to ruddy work.   I need to make a note of how to fix it in future as I'm sure it will re-occue.

Friday 16th November 2018
Great start to the day, caught something heavy with my elbow getting out of bed and its smashed into my little toe.  Brilliant.   Dog walked, papers fetched into work for 7.15.

Saturday 17th November 2018
Up early as usual went and fetched paper.   Then off to Slimming Club with Lucy.  4.5lbs lost which isn't as much as I'd hoped but is in right direction so I will take it.   Local pub re-opens tonight but we are out in the sticks at Hartington Village Hall to see a band called Thunder Hammer.   Straight away got kit envy.   The drummer has got one of the DW Design Series acrylic kits.  About £1500 for a 5 piece new, they are.
When we got back home there was a emergency service presence outside the old golf course following a fatal head-on crash.  Tragic.


Sunday 18th November 2018
Up early.  Took pooch out early doors.   Pottered about all day.  Did some work on me drum rack that.   Me and bosskat went a big walk with Lily and Bruno who thinks he's a horse or something - never stops pulling. 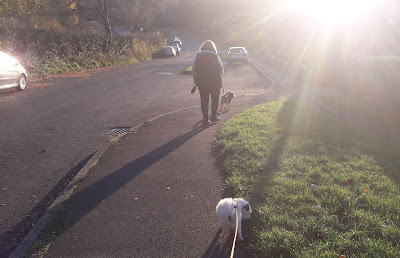 Night time we went up to the re-opened pub and I had not one but two pints of Old Peculier - superb, happy days now need to leave it alone for a few weeks!